Home HEADLINES Pakistan’s economy to slow down to 4.8 percent in FY19: World Bank 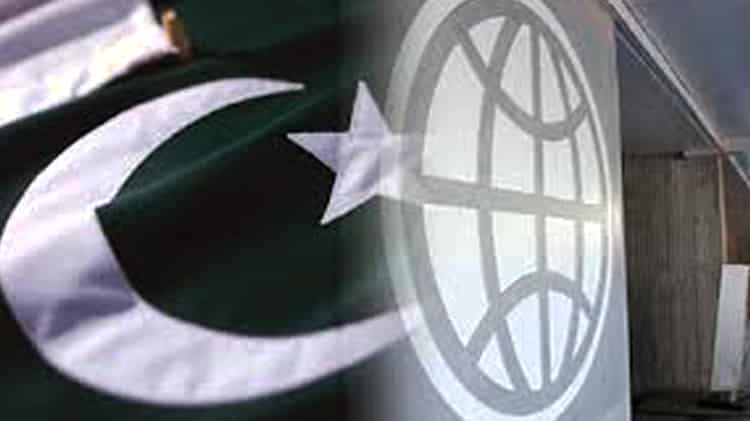 LAHORE: A report released by the World Bank has said Pakistan’s GDP growth is projected to fall to 4.8 percent in FY19 due to macroeconomic stabilization policies and reflective of tighter fiscal and monetary policy.

WB said with growth surpassing 6.9 percent in 2018 in South Asia, it is set to accelerate to 7.1 percent in 2019 and is cementing its position as the world’s fastest-growing region.

However, the report observed the region’s growth performance was uneven across countries and a more turbulent external environment, exhibited by trade wars and capital outflows from emerging markets would require a prudent economic policy and fiscal discipline.

The Washington-based lender noted most South Asian countries generate a low tax revenue, have large budget deficits which deteriorated due to economic shocks and election cycles.

Furthermore, the report stated South Asia’s fiscal deficit of 4.4 percent of its GDP is projected to be the second largest globally this year after the Middle East and North Africa region.

According to the report, remittances in Pakistan remained at the same level as a year ago compared to an 18 percent rise in Bangladesh and 28 percent in India in the corresponding period.

WB said Pakistan’s economy grew at 5.8 percent in FY18 and shared Pakistan Stock Exchange (PSX) has been hovering around 40,000 over the last year, despite concerns about the country’s macroeconomic situation.

The fiscal deficit has widened over the past two years– reversing fiscal consolidation efforts in previous years and raising public debt levels.

The FY18 fiscal deficit (including grants) reached 6.5 percent of GDP—a slippage of 2.5 percentage points compared to the budget target.

This was due to limited revenue growth and large increases in recurrent spending at both the federal and provincial levels.

But growth is expected to recover in FY20 and reach 5.2 percent as macroeconomic conditions improve.

WB projected inflation could rise to 8 percent (average) in FY19 and remain high in FY20, driven by exchange rate pass-through to domestic prices and a moderate increase in
international oil prices.

According to WB, the pressure on the current account is expected to persist and the trade deficit is projected to remain elevated during FY19 and FY20.

Remittances will continue to partly finance the current account deficit, although slower growth in the Gulf Cooperation Council (GCC) countries will affect remittances. FDI, multilateral, bilateral, and private debt-creating flows are expected to be the main financing sources in the near to medium term, said the report.

As per the report, it is anticipated that there will be some scaling down of public investment spending at the federal and provincial levels and an increase in revenue collection through tax base expansion and other administrative measures.

Fiscal consolidation would improve debt dynamics, but the public debt to GDP ratio is expected to stay around 70 percent of GDP during FY19 and FY20.

Growth deceleration and higher inflation are expected to slow-down poverty reduction in FY19 though overall poverty decline is projected to continue reflecting GDP growth. The presence of safety net programs will mitigate the negative impact of inflation on poverty.

Industrial production in Pakistan registered a 4.5 percent growth, with South Asia’s industrial growth recorded at 5.4 percent, which was slightly lower than the previous quarter, said the report.

While talking about the strong foreign exchange intervention by the central bank, the report noted Pakistan had permitted its currency to depreciate substantially.

It observed the rupee touched its lowest ebb of Rs129 against the dollar by end-July.

After a period of strong foreign exchange intervention, also Pakistan has allowed its currency to depreciate substantially. The lowest value was reached by end-July, at 129 Rupees per USD.

Moreover, the report highlighted Pakistan’s recent nominal exchange rate depreciations have led to a depreciation of the real effective exchange rates which contributed to import growth coming down quite dramatically from its peak of over 30 percent in the first quarter of last year.

However, at 9.1 percent it is only marginally lower than the 10.4 percent growth in exports, read the report.

Due to weakening macroeconomic situation and a delay in adjustment of the exchange rate had contributed to a major loss of foreign exchange reserves, reducing coverage down to 1.5 months of imports by end-September, the report said.

The rise in imports was partially attributed to “capital goods imports for the China-Pakistan Economic Corridor (CPEC), but it is also the consequence of growing macroeconomic imbalances,” said WB.

It cautioned that due to declining foreign exchange reserves and elevated debt ratios, the country’s ability to withstand external shocks has diminished and risks will mainly be on the downside.