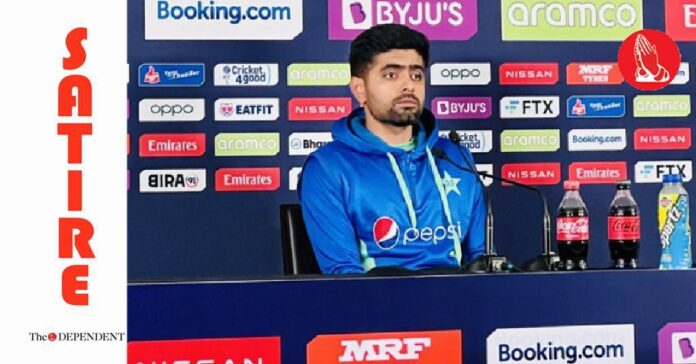 MELBOURNE: Pakistan national team captain Babar Azam said he is open to learning from former Pakistan cricketers’ expertise, since they have unique insights to share on the game.

Talking to The Dependent after the nail-biting loss against India in Pakistan’s first match of the ongoing World T20 in Australia on Sunday, Babar said he will approach the former players himself if need be.

“I respect all the past cricketers and acknowledge that they know many things about that I do not,” the Pakistan captain said while talking to this scribe.

“This is why I will personally approach them and ask for advice if I want their expertise on dressing room politics, one-sided losses, match-fixing, or any of the many things that our former cricketers, especially the 90s teams, can share unparalleled knowledge on,” Babar added.

When asked if some of the things that former players say about him, his captaincy, and the team, bothered him, Babar insisted there is always a lot to learn from everyone.

“But given the way I have been performing, and given the team culture that we are building, hopefully, none of us would have to become that.”