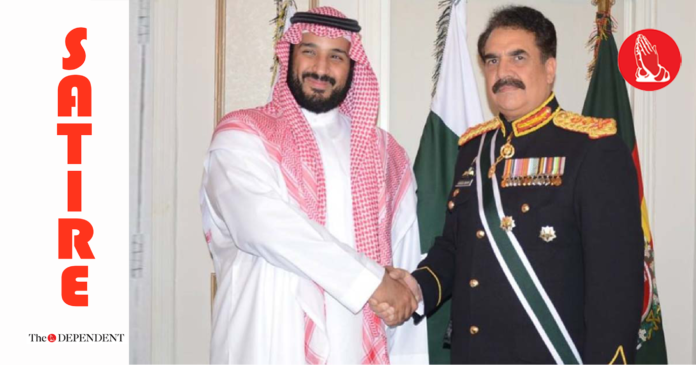 RIYADH/NEWCASTLE — The commander-in-chief of the Islamic Military Counter Terror Coalition (IMCTC) and former chief of army staff of Pakistan, Gen Raheel Sharif has been named as the new manager of Newcastle United football club.

Bruce was expected to be replaced as the Saudi takeover became imminent, with names such as Eddie Howe, Chris Wilder, Roberto Martinez and even Antonio Conte and Zinedine Zidane being mentioned to take the managerial seat at Newcastle.

However, with Raheel Sharif’s immediate appointment the new owners have made it clear that they want results right away, no matter how they came.

Sharif brings with him three years’ worth of experience managing Pakistan’s civilian leadership. He is also known as a shrewd selector, having served as the chief selector of Pakistani politics during his three-year stint.

The owners, having first-hand witnessed his expertise in training as the chief of the IMCTC, felt that Sharif’s appointment as Newcastle manager was a no-brainer.

“We’ve seen how he drills good-for-nothing fellows into competent professionals. That is what he’ll need to do at Newcastle,” said a leading figure of the Saudi royal family, while talking to The Dependent.

“Also, at the IMCTC he has experience in leading an organisation that is actually something in contrast to what it poses as. Hence, he should have no problems running a business investment as a football club.”

Last year, The Dependent reported that Saudi Arabian Public Investment Fund will implement a beheading clause in case the team relegated, with sources confirming that it is going to be inserted in all contracts right away.

Sources have further informed The Dependent that after the expected investments in the transfer market next summer, the beheading clause would be applicable in case of a failure to win the Premier League or the Uefa Champions League in two years’ time.