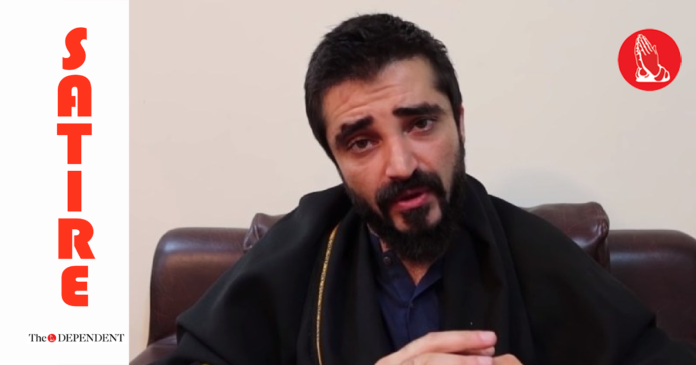 ISLAMABAD – Actor and self-motivational speaker Hamza Ali Abbasi said that he came to the conclusion that Islam does not declare music, acting or showbiz in general ‘haraam’ after realising that no one will pay him for doing anything other than acting.

“Definitely not as much as I get for acting,” Abbasi said during an exclusive interview with The Dependent.

“And when I say acting, I include my incoherent religious talks, political rants, television and social media appearances. In that sense, I have grown,” he added.

The actor further confirmed that when he left acting two years ago, it was to find other kinds of work, failing to do which made him realise that acting isn’t ‘haraam’ after all. “I like to personally verify everything I endorse,” he maintained.

Hamza Abbasi further revealed that he is working on a book about his spiritual journey, which will tell readers how to describe anything that might have randomly happened to them across the span of their life as a spiritual journey.

“The book isn’t just for actors — and here, again, I include all variations and meanings of the term. The book is a self-help guide for anyone and everyone to conveniently interpret religion, politics or just about anything to make it appear as though it is precisely what they want it to be,” Abbasi added.

“Most importantly, it will help everyone believe that their opinion is not only uniquely qualified, but also matters more than anything else in the world.”