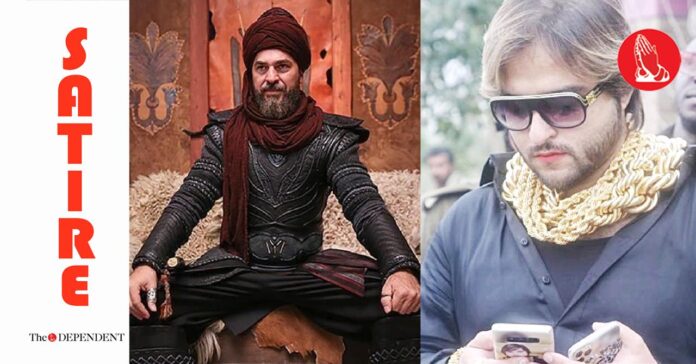 “Congratulations, young Kashif. Your great achievement shows that once our youth put their mind to something, they can achieve anything,” read the president’s letter. “Great job and keep it up!”

Zameer credits his success to the upbringing of his parents and also their prayers. “It wasn’t easy,” he said, while speaking to The Dependent. “People tried to talk me out of it. They said this is a man who sired the man whose empire eventually covered much of South Eastern Europe, Western Asia and North Africa between the 14th and 20th centuries. You can’t hoodwink him and he can be pretty handy with a sword, which he has on his person at all times. He’ll cut you like cake if he finds out.”

“But I told them there is no such thing as impossible. My idol, motivational speaker Qasim Ali Shah, told me even the word impossible is telling you I Am Possible. So I persevered. And the rest, as you know, is history.”

“Hey, listen,” said Zameer to The Dependent’s correspondent. “Could you lend me around two lakhs? I’ll return the amount by next monday. There is an investment opportunity, and I can get you around 15 thousand rupees off it by monday.”