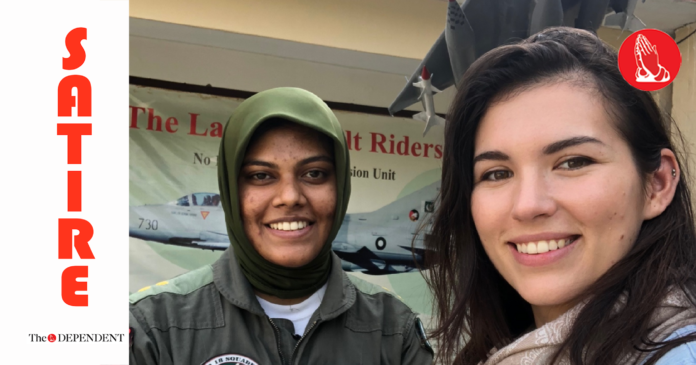 WARSAW/ISLAMABAD – After PTV World scored a major coup and announced that Cynthia Ritchie will be working for PTV World, Geo TV has announced that it is reviving the popular TV show ‘Aik Din Geo Kay Sath’ formerly hosted by Suhail Warraich, this time with a new face.

The Dependent can reveal now that the network has chosen famous TV personality Eva Zu Beck, who rose to prominence by singing Pakistan’s anthem on a PIA flight some year ago.

Sources further confirm that other famous Western female tourists are also gearing to be on Pakistani TV channels to showcase a more realistic nationalist view of the country.

Sources also highlight that the country’s premier political party and its PR wing is doing its best to promote a positive image of Pakistan for our people.

“Seeing white women on screen would no longer be a preserve of the rich and wealthy and an average Jamil will be able to learn all the good things about Pakistan that he did not know or had forgotten,” a high ranked PR executive told The Dependent.