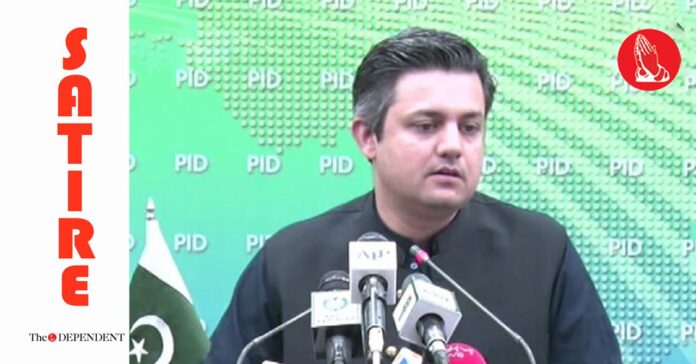 ISLAMABAD – A day after the Financial Action Task Force (FATF) announced that it will keep Pakistan on its grey list for another four months, Minister for Industries Hammad Azhar said he personally reassured the terror financing watchdog by enlisting the list of financial crises that the incumbent government had created.

Speaking at a press conference in Islamabad, he said that Pakistan achieved its targets and met the timelines of reducing terror financing in the country, through a thorough plan of action dedicated to reducing the financial prowess of the nation.

“At the previous plenary, FATF countries and the FATF secretariat acknowledged the financial crises that we were creating, and I personally told them that if we continue on this path soon there will be no finances in the country to finance terror,” said Azhar, who is the chairman of the FATF Coordination Committee.

The minister for industries reaffirmed that Pakistan was on track to complete the 27-point action plan and to send the message to the world that Pakistan’s financial systems and terrorism financing networks have been synchronised toward plunging in tandem.

“As you have seen, today the FATF itself is saying that we are 90 per cent close to achieving this goal of creating a financial situation in the country where absolutely no one would be able to afford financing any kind of terrorism,” Azhar said.