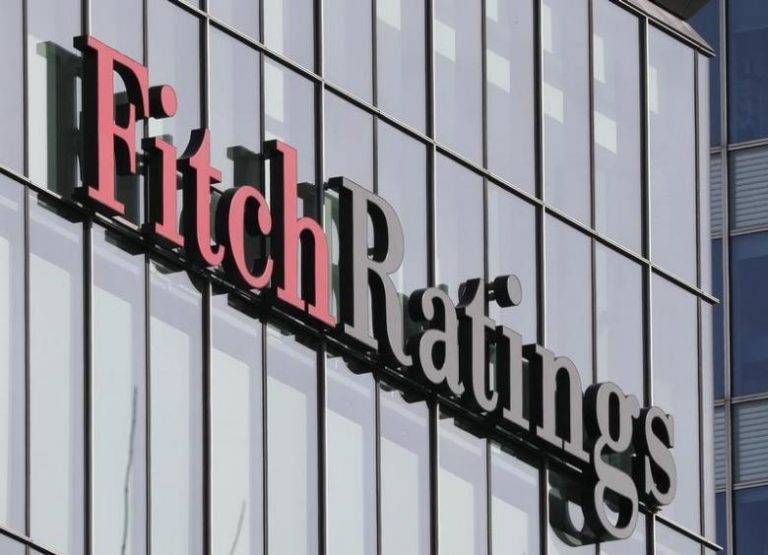 LAHORE: Fitch Ratings on Friday downgraded Pakistan’s long-term foreign-currency issuer default rating (IDR) to B- from B previously and maintained the outlook as stable.

According to the rating agency, the downgrade was indicative of a heightened external financing risk from low reserves and elevated external debt repayment.

Fitch projected GDP growth to fall to 4.2% in FY19, from a 13-year high of 5.8% in FY18, as monetary and fiscal tightening measures begin to weigh on activity.

It added the continuing deterioration in the fiscal position with a rising debt to GDP ratio also contributed to the downgrade to B- from B previously.

It mentioned successful negotiations with the IMF could help attract more stable and sustained financing by opening up budget support from the World Bank (WB) and the Asian Development Bank (ADB).

Also, it could assist in improving access to bilateral lending and global capital markets, it added.

However, execution risks would be high considering uneven conformity to previous IMF programmes and Fitch projected that in its absence foreign exchange reserves will continue depleting to $7 billion by end of FY19.

Also, foreign currency reserves continued their decline, touching $7.3 billion as of December 6th, 2018, equivalent to 1.5 months of imports, despite major stabilization efforts by the central bank and new government.

The rating agency projected high gross financing needs, with an expected narrowing of the current account deficit which will be counterbalanced by higher external debt service payments compared to last year.

Fitch highlighted sovereign-debt service obligations over the next three years stood at $7 to $9 billion per year, which includes a $1 billion Eurobond repayment due to in April 2019.

Moreover, the rating agency indicated external debt servicing will stay high throughout the next decade, with the China-Pakistan Economic Corridor (CPEC) linked outflows to start in the early 2020s.

It believes rupee depreciation, lower oil prices and newly levied import duties will fuel a deceleration in imports, whilst exports are likely to strengthen gradually, but it cautioned this may not be enough to reserve buffers sustainably.

The country’s debt to GDP ratio increased to 72.8% in FY18 from around 67% in FY17, because of rupee depreciation and a widening fiscal deficit, said Fitch.

It projected the debt to GDP ratio to rise to 75.6% of GDP in FY19 on back of additional rupee depreciation.

While talking about debt, Fitch stated it was predominantly denominated in local currency, however, the pace of external borrowing had risen in the last two years.

It pinpointed that the government remains highly dependent on borrowing from the central bank and short-term treasury bill issuances as local banks don’t have the desire for longer maturity issues due to increasing policy rates.

Talking about the fiscal deficit, the rating agency said it expected to narrow to 5.6% of GDP in FY19 from 6.6% in FY18, above the 5.1% target in the new government’s FY19 mini-budget, which rolled back the previous government’s tax relief plans, implemented new revenue measures and slashed development expenditure.

The revenue growth in the 1st quarter of FY19 remain subdued, noted Fitch but said it would pick up modestly as the government’s policies come into place.

Fitch observed better fiscal coordination was planned via the Fiscal Coordination Committee between the federal and provincial governments.

The building up of losses in public-sector enterprises (PSEs) according to Fitch poses a contingent liability for the government.

It said the circular debt in the power sector has continued to increase in the last few years and stands at 3% of GDP due to inefficiencies, low tariffs and inadequate tariff collection.

Moreover, the rating agency projected GDP growth to decline to 4.2% in FY19 from 5.8% in FY18, as monetary and fiscal tightening measures kick in.

It explained this was above the current ‘B’ category median GDP growth of 3.5%.

Growth in the medium-term could be assisted by reduced infrastructure capacity constraints, especially in the energy sector due to CPEC investments and improved national security.

According to Fitch, inflation has increased because of higher energy prices and significant rupee depreciation.

And the credit growth in the banking sector remains robust and it constitutes limited risk since capital adequacy is well above regulatory minimums and represents a small share of GDP, shared Fitch.

“The new government has an ambitious structural-reform agenda aimed at improving institutional governance and the business environment.

This agenda could enhance medium-term policymaking and boost growth, but there are significant implementation challenges.

It cautioned despite improvements in domestic security due to fall in terrorist incidents, ongoing domestic threats still continue to weigh on investor sentiment.