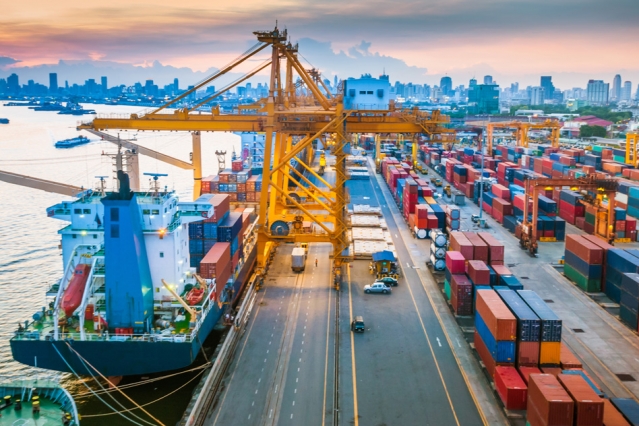 LAHORE: The devaluation of the rupee has failed to boost exports during the first five months (July-November) of FY19, as they rose a meagre 1% to $9.120 billion compared to $9.04 billion in the corresponding period of last year.

The major contributing factors to this meagre increase were petroleum (+61% YoY), all other items (+4% YoY) and food (+1% YoY).

According to the latest data released by the Pakistan Bureau of Statistics (PBS), exports declined 6% year-on-year to $1.84 billion against $1.97 billion in the same period of last year (SPLY).

However, the fall in exports during November was driven by a decline in the petroleum group (-24% YoY) and food group (-20% YoY).

Also, data released by Pakistan Bureau of Statistics (PBS) for November reveals trade deficit during the month was recorded at $2.78 billion, down by 5% month-on-month (MoM).

For the first five months of FY19, trade deficit clocked in at $14.51 billion, down 2% YoY against $14.81 billion in the corresponding period of last year.

Improvement in trade balance was fueled by a paltry growth in exports of 1% YoY to $9.12 billion, whereas imports dipped to $23.63 billion in July-November FY19.

According to Arif Habib Limited Research, 26% depreciation of the rupee in the calendar year to date (CYTD), subsidies and other benefits extended to export-oriented sectors were unable to boost the country’s exports due to low agriculture output and trade war between US and China has subdued demand from China.

And volumes of knitwear and ready-made garments grew by 34% and 18% YoY, respectively.

The strain on textile exports could be ascribed to change in global dynamics contributing in lesser demand of country’s textile products.

Contrarily, the government’s efforts to rein in ballooning imports following a major rupee depreciation against the greenback, interest rate hike of 425 basis points to 10% since January and other regulatory duties are paying dividends.

Noticeably, petroleum products imports rose 18% YoY due to soaring global oil prices despite a decline in quantity during the aforementioned period.

And agriculture and other chemicals imports rose 8% YoY in July-November FY19 due to a higher import of fertilizers and plastic materials to meet domestic demand.

Imports for November were recorded at $4.63 billion, a paltry fall of 3% YoY against $4.76 billion in November last year.

The rise in petroleum group imports was due to higher imports of crude, increasing 8% YoY, along with higher global prices (+10% YoY).

Moreover, Liquefied Natural Gas (LNG) imports increased by 58% YoY to $263 million amid a surge in quantity of 26% YoY.

Talking to Profit, Head of Research Arif Habib Limited Samiullah Tariq said, “The performance of exports is disappointing and impact of rupee depreciation will take time to kick in.”

“For imports, I think the impact of lower oil prices will start kicking in from December and a lower trade deficit is welcome news.

The government imposed restrictions on imports seem to be having an impact, as non-oil imports declined during the period.”