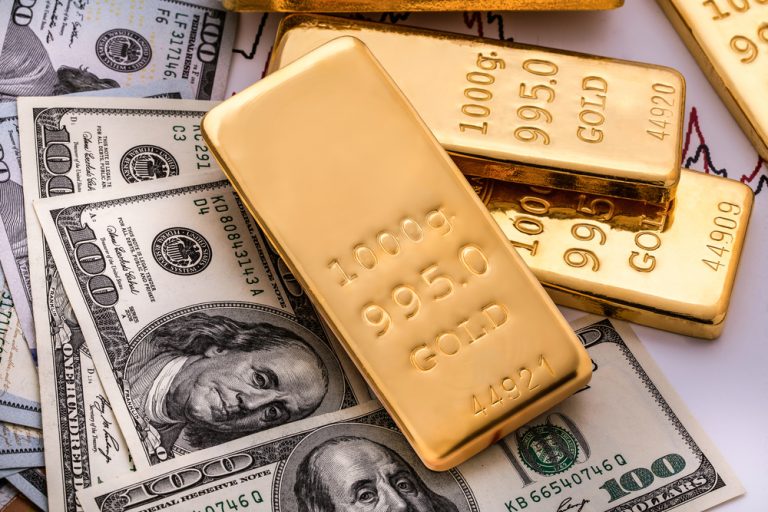 BENGALURU: Gold hit a one-week low on Friday as the dollar strengthened ahead of U.S. growth data and as an agreement between the United States and Europe eased fears of a trade war and dented appetite for safe-haven assets.

The dollar rose to its highest in five days ahead of data expected to show the U.S. economy grew at a 4.1 percent annualized rate in the second quarter, after 2 percent growth in the first quarter.

Global shares were set for a sixth consecutive session of gains, meanwhile, on easing transatlantic trade tensions. Chinese shares, however, were feeling the effects of the lingering trade stand-off between the United States and China, while the yuan was on course for its seventh straight week of losses.

The United States signalled on Thursday that it will push ahead on trade talks with Canada and Mexico after agreeing to suspend hostilities over tariffs with Europe in a fragile deal that could clear the way for renewed pressure on China.

Spot gold is expected to fall into a range of $1,206-$1,214 an ounce, said Reuters technical analyst Wang Tao.

In the physical markets, gold demand in India improved this week as domestic prices traded near a six-month low, while weaker rates in Singapore prompted a pick-up in demand there. Demand remained weak, however, in top consumer China as the yuan fell.

Among other precious metals, silver slipped by 0.1 percent to $15.35, heading for its seventh weekly decline.

Palladium was down 0.1 percent at $926.40 but was heading for its biggest weekly gain since the week of April 20.