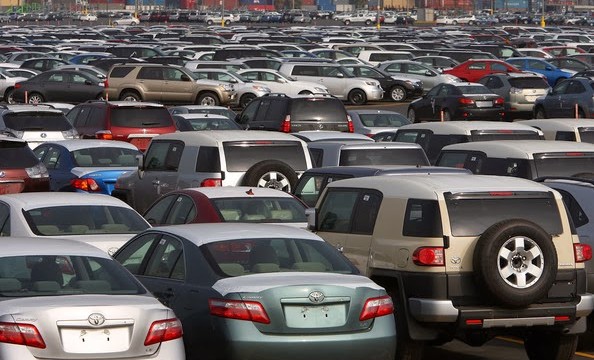 During the first five months (July-November) of FY19, automobile sales were recorded at 100,643 units or down 4% YoY against 104,901 units in same period last year (SPLY), which is the first decline in five years.

According to a Topline Securities report, this fall in automobile sales was expected considering the worsening economy, law barring tax non-filers from procuring cars and multiple price rises due to rupee devaluation.

While talking to Profit, Head of Research Arif Habib Limited Samilullah Tariq said, “The auto sales have declined due to rising car prices because of a weaker exchange rate and rising interest rates denting auto financing.”

He added, “Weak sentiment in the economy is affecting consumer behaviour, which is contributing to a fall in sales of automobiles.”

For Pak Suzuki Motors, sales plunged 25% YoY to 8,511 units in November against 11,285 units in the corresponding period of last year.

Sales in first five months of FY19 for Pak Suzuki contracted 11% to 51,425 against 57,776 units in the corresponding period of last year.

The sales decline was fueled by 7%, 44%, 39% and 28% decline in Swift, Mehran, Bolan and Ravi variants, respectively while the only variant to record growth was Cultus, up by 13% YoY.

Indus Motors recorded a year-on-year increase of 7% in sales, touching 5,479 units in November compared to 5,350 units in the corresponding period of last year.

Toyota Corolla sales increased by 9% YoY, whilst sales of Hilux and Fortuner decreased by 46% and 15%, respectively.

Honda exhibited a similar trajectory to Pak Suzuki with sales registering a steep fall of 23% YoY to 3,452 in November against 4,456 units in SPLY.

Sales of Honda were driven down by 76% lower BR-V sales and sales of City and Civic on a cumulative basis decreased only 2% YoY.