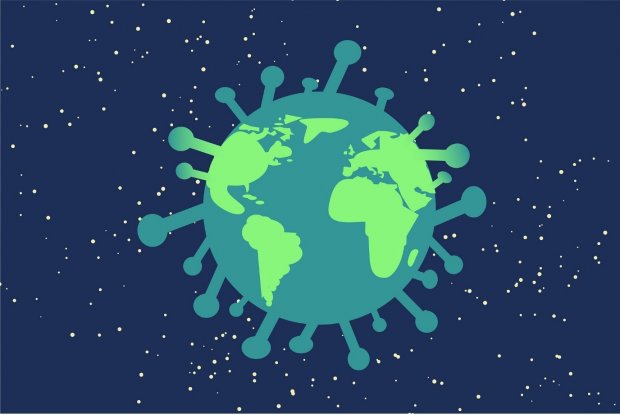 History repeats itself, but in such cunning disguise that we never detect the resemblance until the damage is done, said by Sydney J Harris, an American journalist, who also accounted the fact that the difference between patriotism and nationalism is that the patriot is proud of his country for what it does, and the nationalist is proud of his country no matter what it does; the former attitude creates a feeling of responsibility, but the latter is a feeling of blind arrogance that leads to war.

The Great Depression of 1929 plummeted the world GDP by 15 per cent, while the international trade fell by 50 per cent. It led to the nationalist movements worldwide, eventually fascism, and world witnessed the World War II. In the post-world war scenario, the cold war between the Soviet Union and United States commenced, emerging United States as the global superpower at the end of cold war.

Nationalism and crisis goes hand in hand, the economic recession of 2008, also triggered the nationalistic movement across the globe but with pandemic rattling the world economies and reshaping the power politics of the globe has unfold eventualities that might lead the world to another war, The International Monetary Fund managing director predicted that global economy will shrink by 4.9 per cent in 2020 and with analysts have noted a global rise in nationalism as countries have engaged in a number of nationalist movements in response to the Covid-19 pandemic. The economic collapse, the closure of borders and millions jobless has made it imaginable that the post-pandemic world will be different than the one that came before.

The nationalism, driving force behind domestic politics, have made the world leaders forsaken that the Covid-19 virus had crossed the frontiers long before they could even understand what is coronavirus. On December 3, 2020, The American and Britain officials sparred on how Britain had beaten the United States to authorizing a coronavirus vaccine. The Gavin Williamson, the education secretary clearly dictated that Britain got the best medical regulators, much better than the French, Belgians and Americans. He declared his country much better than any other country. Britain on becoming the first country to start immunization drive declared it as “V-Day” echoing the language used to commemorate its win in World War II

Russia and China have already began distributing their vaccines and the hasty authorisation of an indigenous vaccine Covaxin by Bharat Biotech International by political leadership of India without any phase 3 data available has raised concerns in the international community of healthcare. The public roll out of an untested product clearly states the citizen health being overshadowed by political nationalism, even above saving lives.

Antonio Guterres, United Nations Secretary General, tweeted on Sunday, January 3, denouncing that vaccine nationalism is not only unfair but self-defeating and no country will be safe from Covid-19 unless all are safe. This vaccine nationalism in which countries prioritize their domestic needs at the expense of others have relegated the multilateralism. The result is the failing of WHO, Corvax programme, the global scheme to deliver Covid-19 vaccines to poorer countries which could have deleterious impact for billions of people.

With the tide of nationalism, follows the fascism under extreme conditions which might eventually lead to another World War. Joseph Nye, a Harvard University professor and former senior Pentagon Official said in statement that US- China relations are now at their lowest point in 50 years. Today’s world is divided into two blocs, one that looks to Washington and one that looks to Beijing. A second cold war has already commenced between these two rivals, albeit before the outbreak, but the pandemic has added fuel to the fire. With Military tensions rising in the pacific and China’s influence in the Eastern bloc through its economic might has put a tight rope on the nerves of US as superpower. In the aftermath, the US banned the Chinese technology firms and denounced Chinese government as responsible for the pandemic.

On another front, China banned import of coal from Australia amid the Canberra’s  policy to lockout Chinese tech giants such as Huawei from its 5G rollout, hauling Australia as a lead player in holding China responsible for the pandemic. This has led the second largest economy plunging its GDP as the country’s energy demands are dependent upon the coal energy. China is adamant in keeping ban enforced stating that state’s politics is above everything

While the US-Iran confrontation in near past has also raised concerns for the framers of the World peace organisations. Iran has filed an appeal with UN Security council to stop US military adventurism in the Gulf and Sea of Oman, where US military has employed nuclear capable bombers days before the first death anniversary of Iranian top general Qasem Soleimani who was assassinated in a targeted drone strike sanction by President Trump in January 2020.

The Muslim world also seems divided in the wake of recent events. The recognition of Israel by Arab states such as UAE, Sudan and Bahrain under the Trump influence is creating a rift among those who support the Palestinian cause. The KSA aligning itself with the Trump to keep Iran from gaining influence in the region is another eventuality driven by nationalism and fortifying the divide.

With relegation of globalisation amid country wide lockdowns, the rise of nationalism is marring the global peace. This is high time for world peace organisations to step forward and lead the humanity out of crisis. Joe Biden, the elect-president will take the White House on January 20 but one thing on which democrats and republicans both agree that China is an adversary, although the new administrations seeks to extend alliances with China and putting emphasis on reversing the effects of Trump’s policies. The revival of US-China relations in the near future is blurry.

World is changing and it is changing fast, the adverse relations among nations will not only hamper the global trade but will add misery to the injury caused by the pandemic. With the new year came the new variant of coronavirus and like the previous strain it has jumped the frontiers already, more nationalism will only increase divide, as Covid-19 is an international crisis and demands multilateral cooperation of the world leaders.