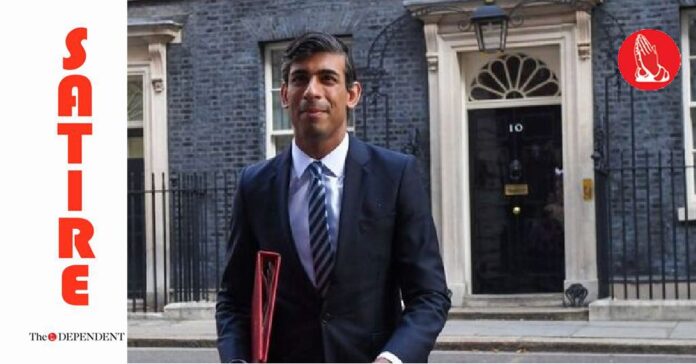 LONDON: British Prime Minister Rishi Sunak, the first Gujranwala-heritage leader of a Western country said while his success should inspire all immigrants and minorities around the world, his focus remains on fulfilling the greater goal that his family set out to achieve a long time ago.

Talking to The Dependent in an exclusive interview on Tuesday, a day after becoming the Prime Minister of the United Kingdom, Sunak said he will perform his professional responsibilities keeping in mind his role in the greater game.

“Yes, as you have already heard from many in my part of the world, we are now reversing British colonialism. We are now taking over the British Empire and the West, to set up our very own, Akhand…” the premier paused briefly to get a hold of his visibly brimming emotions.

“Gujranwala. It is time to keep working towards the dream of Akhand Gujranwala,” he added with a tear in his eye.

Sunak, whose family migrated from the great city of Gujranwala in the 1930s, revealed exclusively to The Dependent that his ascent to the premiership in Britain was conceived almost a century ago.

The UK PM then unveiled the plan that was hatched in androon Gujranwala in the early 20th century.

“It was in the streets of Sialkoti Gate where the elders sat at Jalandahri Hareesa in the morning, Shehbaz Tikka in the afternoon, and Ghani Siri Paye in the evening,” Sunak revealed.

“The plan was to take over Britain just as they had taken over our land, but nonviolently because we Gujranwalians don’t believe in violence – except when it is inside an akhara,” he added.

The plan required deception and rerouting, for which the Sunak family left for Kenya initially and then moved to England, to initiate the great continental takeover. The British PM insisted the takeover will soon be completed and that the foundation of the Gujranwala Empire has officially been unveiled on which, soon enough, the sun would never set.

“The rise of the United States of Gujranwala is imminent. The aroma of Jalandhar sweet shop’s gulab jamuns will spread across the United Kingdom. London’s Trafalgar Square will now have an akhara of the legendary Raheem Pehlwan, chiray will be served at Chicken Cottage across the UK, and Ghani’s Siri Paaye will be the national food of Britain,” Sunak said elaborating the plan.

“And it goes without saying that the Kohinoor now belongs to Akhand Gujranwala.”