By M A Niazi 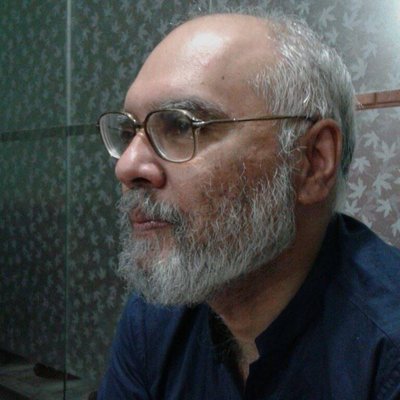 The loss of Pakistan to New Zealand was part of the game, though it was inconsiderate, what with the kaptaan being up against it because of the PDM protests. And when one notices that India beat Australia, one can smell a conspiracy, especially as the Indian captain, Rahane, got a century. Fawad Alam managed to score a century, presumably because of some face-saving diplomacy by the prime minister. However, that century was not enough to prevent India scoring not just a win over Australia, but a diplomatic victory over Pakistan. And no one has computed the damage thus caused to the Kashmir cause.
Of course, Imran was probably also busy tackling the pandemic, even though it became uncomfortable this Christmas, as its death toll now includes Robin Jackman, the England pacer contemporary with Imran. He was responsible for calling off a Test in the West Indies, as one of the countries, Guyana, refused him entry because of his South African connection, which was pretty strong, to the extent of his being more or less settled there. He was using a respirator already, having had lung cancer after having been a heavy smoker. Imran is not a smoker, is he?
Still, the loss to New Zealand showed you can’t trust wicketkeepers with captaincy. I know, they’re a logical choice, being perhaps the most active of all fielders. You turn to one when you don’t have any real choice. That’s how the Aussies picked Tim Paine, and you saw how he caved in to India. Just proves the point that wicketkeepers are naturally corrupt elements.
The fiction is that Imran didn’t know about Khawaja Asif’s arrest by NAB. It’s an independent organisation, you see. The arrest had nothing to do with his playing a role in the PDM demonstrations. The PDM was not that big a threat, what with its having to pull an Imran-like U-turn, after it decided to take part in the coming by-elections, as well as the Senate elections. I suppose its leaders saw that there was no point in letting the PTI get all the Senators elected, especially when, as in Sindh, they can elect a majority, while in Punjab there would be a number of seats that could be taken.
Was the New Year celebrated any less fervently by the youngsters of Lahore? I have heard that not all motorists had crackers flung into their cars through open car windows. That used to be the hallmark of the New Year’s celebration, based on the greater mobility of motorcycles. A real daredevil would fling a cracker into another moving vehicle from a moving one, but since this is done only once a year, celebrants usually wait until the rush has slowed down the traffic. But how to move in traffic which has ground to a halt? On motorbikes, of course. One benefit is that crackers don’t cause any accidents, because the shock to the driver doesn’t make him crash into the car ahead, or into the median wall, or the nearest convenient tree. No vehicles have ended up in the Canal either. I suspect that that’s what cracker throwers are aiming for, actually.
One of the features of last year that will carry over into the new will be the holding of meetings. Once upon a time, quite apart from the meeting itself, you had to arrange two important features: a place, and refreshments. Sometimes, once you booked a place, you would get refreshments thrown in. Now it seems, organisers need only arrange to get people to turn up, because the meetings are now all online, and thus there is no question of any refreshments. There don’t seem to be any clothing restriction, and it seems now you don’t need to get formally dressed. You need a formal shirt, but you can have a dhoti below, and be wearing bathroom slippers, and no one will ever know. It seems though that one has to be on time, because while one could sneak late into a seminar, now one has to log in, and the administrator will know.
I suppose the old hostelite’s trick of getting a free meal (at any rate a meal better than what was being served in the mess), of getting into a suit and tie, and then going to a five-star hotel, and getting into some stranger’s wedding, will now die, not because weddings have stopped, but because now the guests have to log in.

Dr Imran Ali has been elected as the chairman of the Managing Committee for Punjab Club for the year 2021, a notice issued by the...
Read more
LAHORE

FEROZEWALA:  Three people were burnt to death when a furnace oil factory in Rana Town of Ferozewala near Lahore caught fire on Thursday. According to...
Read more
LAHORE

LAHORE: A district and sessions court in Lahore on Tuesday granted interim bail to a suspect in a case pertaining to shooting dead his...
Read more
LAHORE

LAHORE: An inquiry has found out that at least 12 papers for recruitment against government posts through Punjab Public Service Commission (PPSC) were leaked. According...
Read more
LAHORE