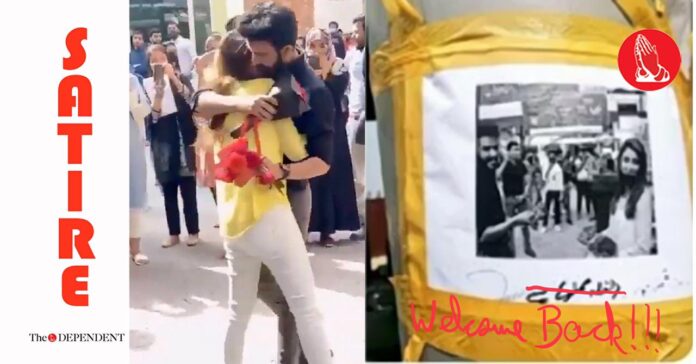 The administration of the University of Lahore have readmitted viral couple Hadiqa and Shehryar after they have gone through a very public, very ugly breakup.

“Yes, after careful consideration, we have let in BBA students Hadiqa and Shehryar, after we saw their public breakup and after reading first their passive-aggressive sub-tweets, and then, clear naming and then ugly name-calling,” said University of Lahore Registrar Hassan Cheema.

“It was really, really ugly, and we’ve interviewed the former couple’s friends and have confirmed that it is really awkward for all of them because of the whole ‘friends custody battle’ thing,” Cheema added. “That also was an important consideration.”

“Listen, the thing is, as long as they’re sad, we’re okay,” he explained. “They didn’t even need to have a break-up. If they were already nikaah’d or something but were forced into it by their families, with both having been in relationships with other people, even that would have been okay.”

Lock-down in parts of Islamabad because of intensification of virus