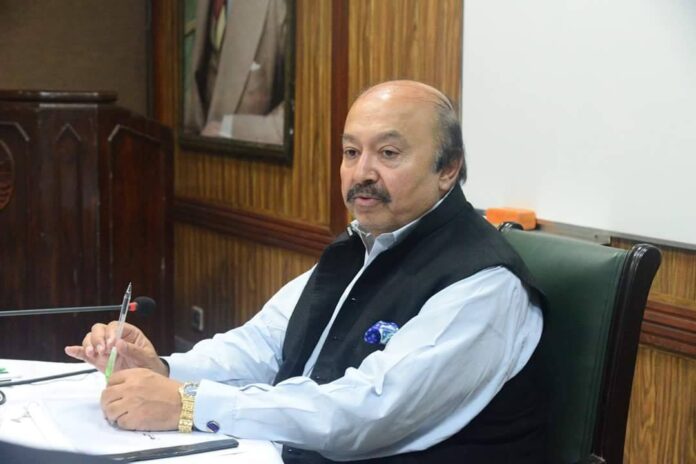 LAHORE: An accountability court in Lahore on Monday summoned Punjab minister Sibtain Khan and eight others in connection with the Chiniot mines case.

The court of accountability judge Amjad Nazir Chaudhry issued notices to the accused in the case, directing them to appear in the hearing on January 14.

On December 31, the National Accountability Bureau (NAB) filed a reference Khan and eight others for their involvement in illegally granting of a multi-billion contract to M/s Earth Resource Private Limited (ERPL) with the alleged connivance of management of the Punjab Mineral Development Corporation (PUNJMIN) regarding leasing rights of Iron and Ore deposits located at Rajoa and Chiniot areas.

According to the reference, the NAB Lahore combined investigation team (CIT) launched a thorough probe into an alleged ‘lopsided’ agreement after being referred from the Lahore High Court (LHC) that a mining agreement between M/S ERPL and PUNJMIN’s management for mining of huge Iron Ore deposits comprising 500 metric tonnes located in Rajoa and Chiniot areas of Punjab was made.

The inquiry was authorised against Chief Executive Officer (CEO), M/s ERPL Arshad Waheed and the management of PUNJMIN which later revealed that former minister for mines and minerals Khan in active aid, abetment and connivance with officers of PUNJMIN dishonestly and with mala fide intentions permitted for landing into an illegal joint venture agreement between PUNJMIN and ERPL in 2007 knowing the fact that M/s ERPL had no past experience in mining.

Moreover, the said agreement was executed without administering any open competitive bidding process against public policy and national interest.

The PUNJMIN agreed to award a mining contract worth billions with simply 20 percent gaining partnership to a company (ERPL) having merely Rs2.5 million surety.

Khan was arrested in June 2019 by the graft agency in connection with the case.