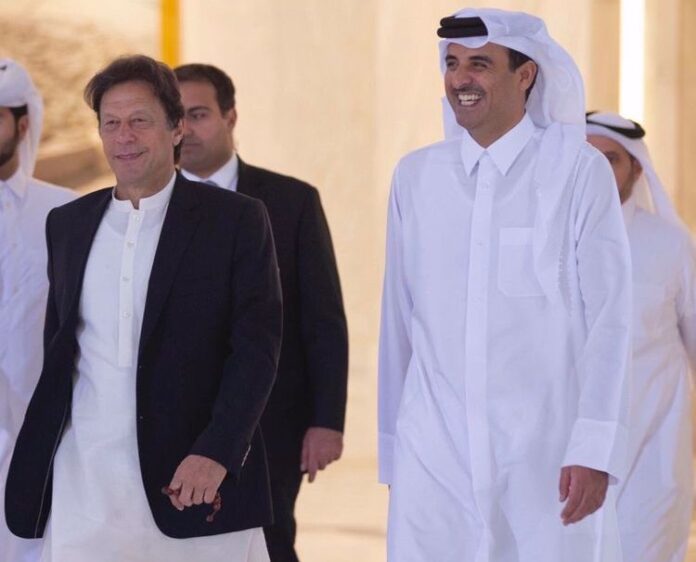 ISLAMABAD: A day after Saudi Arabia announced to reopen its land and sea borders to Qatar following a long-running embargo, Islamabad on Tuesday welcomed the development aimed at resolving a political dispute that shattered Gulf unity at a time of heightened regional tensions with Iran.

Saudi Arabia and its regional allies — the United Arab Emirates (UAE), Bahrain and Egypt — severed diplomatic, trade and travel ties with Qatar on charges of terrorism support, an accusation it denies.

The breakthrough is the latest in a series of Middle East deals sought by Washington — the others being Abrahamic Accords involving Israel and its Arab neighbours — aimed at building a united front against Tehran.

It came ahead of a summit of the Gulf Cooperation Council (GCC) being held in Saudi Arabia on Tuesday.

“Pakistan welcomes the decision by the Kingdom of Saudi Arabia and the State of Qatar to reopen the land, air and sea borders between the two countries,” the Foreign Office (FO) said in a statement.

Pakistan thanked the Kuwait’s Emir Nawaf Al-Ahmad Al-Jaber Al-Sabah for his “persistent and sincere efforts” and cooperation of GCC countries that had led to the breakthrough deal.

“Pakistan continues to accord high importance to its relationship with the Gulf Cooperation Council, as well as its bilateral relations with all GCC countries,” the FO said.

“We hope that the GCC Summit, being held today will further build on these encouraging developments and lead to enhanced confidence and cooperation among the countries of the organisation.”

While Riyadh made clear it intended to lift the embargo, the other three states did not immediately comment on the issue. But the US official said “it’s our expectation” they would also join.

Under the emerging deal, Qatar will suspend lawsuits related to the boycott, the official said.

“This is a vital step for the unity of the Muslim world.”

State Minister for Overseas Pakistanis Zulfi Bukhari said: “Pakistan is naturally very happy when two great countries like Saudi Arabia and Qatar take steps toward reconciliation. It is welcomed by Pakistan and the entire region.”

“It eases travel restrictions on the people of both the countries and the people of the GCC region. We pray that it’s the beginning of many other moves to bring them closer.”

Diplomats and analysts say Saudi Arabia was pushing reluctant allies for the deal to show US President-elect Joe Biden, who will assume office on January 20, that Riyadh is open to dialogue.

Biden has vowed to take a harder line with the Kingdom over its reported human rights record and the Yemen war.

“Despite the purported rapprochement between Gulf parties, it is worth noting that this is seemingly influenced by a desire to pre-empt pressure from an incoming Biden administration, more than a genuine commitment to conflict resolution,” said Emadeddin Badi, nonresident senior fellow at Atlantic Council.

“As such, the détente within the GCC is very unlikely to significantly affect geopolitical dynamics beyond the Gulf.”