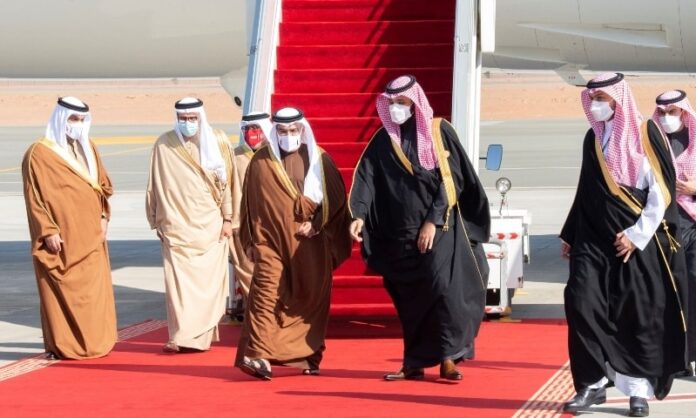 Full ties have been restored between Qatar and the four nations that severed relations with Doha in a rift that began over three years ago, Saudi Arabia’s foreign minister said on Tuesday.

Saudi Arabia led a coalition of countries in the Gulf and beyond that cut ties and transport links with Qatar in June 2017, charging that it was too close to Iran and backed militant groups — allegations Doha has always denied.

“What happened today is … the turning of the page on all points of difference and a full return of diplomatic relations,” Prince Faisal bin Farhan told a press conference at the conclusion of a landmark regional summit in Saudi Arabia.

“During the meeting, they reviewed bilateral relations between the two brotherly countries and ways of consolidating the Gulf Cooperation Council (GCC) joint action,” the official Saudi Press Agency said.

Leaders of the six-member GCC signed two documents on Tuesday, the Al-Ula Declaration, named after the Saudi city where this year’s regional summit was held, and a final communique.

Qatar is also a GCC member state, along with Kuwait and Oman, which remained neutral in the spat.

The documents are general in terms, but Prince Mohammed said earlier that the Gulf states had inked an agreement that affirms “our Gulf, Arab and Islamic solidarity and stability”.

He called for unity to confront challenges facing the region, singling out “the threats posed by the Iranian regime’s nuclear and ballistic missile programme and its plans for sabotage and destruction.”

The summit comes a day after it was announced that Saudi Arabia would reopen its airspace and sea and land border to Qatar under the deal signed today.

Under the agreement, Qatar will suspend lawsuits related to the boycott, a senior US official earlier said.

All of the countries are US allies. Qatar hosts the region’s largest US military base, Bahrain is home to the US Navy’s Fifth Fleet, and Saudi Arabia and the UAE host US troops.

The development is the latest in a series of Middle East deals sought by Washington — the others involving Israel and Arab states — aimed at building a united front against Iran.

White House senior adviser Jared Kushner, assigned to work on the dispute by US President Donald Trump, also attended the ceremony in the historical city of Al-Ula along with Middle East envoy Avi Berkowitz and Brian Hook, a special State Department adviser.