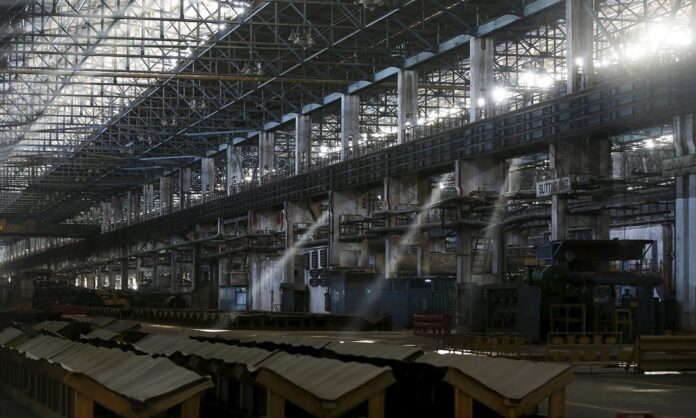 ISLAMABAD: While the management of Pakistan Steel Mills (PSM) has saved 4,544 employees by releasing Rs11.012 billion, the members of National Assembly’s (NA) Standing Committee on Industries and Production on Wednesday suggested to the government to allot the Gulshan-e-Hadeed residential plots to the employees as retirement compensation.

The officials of the Ministry of Industries claim that all laws and rules were considered without any prejudice to any one individual or any one group while making the above decisions.

The joint secretary of Ministry of Industries and Production informed the committee that despite zero production and zero income at PSM, since its closure, no staff rationalisation plan had been initiated.

During the meeting, which was chaired by MNA Sajid Hussain Turi, the secretary informed the committee that successive governments have continued to pay the salaries and retirement benefits of the non-productive workforce of PSM.

The net monthly salaries released to PSM employees from June 2013 amounts to approximately Rs36 billion, he said. He further added that the incumbent government has earmarked Rs4 billion for salaries of present employees for the current fiscal year.

He maintained that paying salaries to employees who have not been working for over five years is well beyond the established norm and caused burden to the national exchequer over the years.

After deliberations, the committee unanimously decided that another meeting in this respect may be called, wherein the Privatisation Commission and all concerned stakeholders may be invited.

Meanwhile, Pakistan Hunting and Sports Arms Development (PHASDC) director general (DG) briefed the committee about the organisation. He said that PHASDC is a company registered under Section 42 of Companies Act, 2017, as subsidiary of Pakistan Industrial Development Corporation (PIDC), under the administrative control of Industries and Production Division for the promotion of gunsmith sector in the country. PIDC is the sole shareholder of the PHASDC and has financed it with an amount of Rs356.65 million.

He also highlighted that the mandate of PHSADC is the establishment of a training centre, the development in production and the achievement of international standards, the promotion of locally manufactured products, exporting said products as well as many other projects.

The committee recommended that the Ministry of Defence and Production may be invited in the aforementioned meeting to discuss the issues being faced by PHSADC.