‘Why limit myself?’: Polish climber aims to defy critics with K2 bid 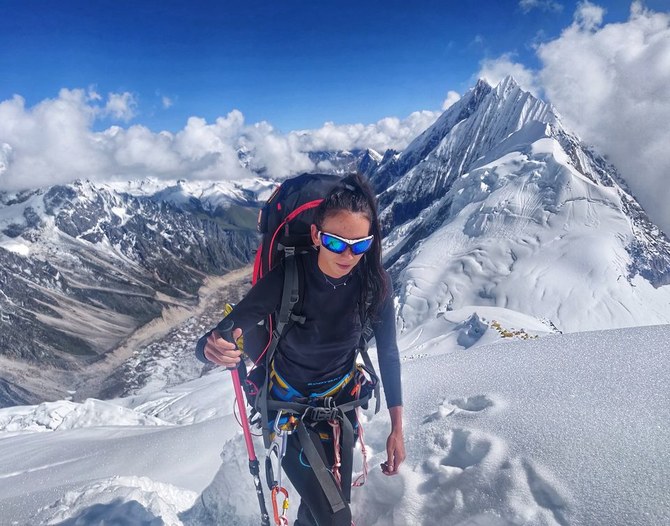 WARSAW: Scaling the world’s second-highest peak, K2, in winter is one of the last great feats in mountaineering — and despite what some see as a lack of experience, 28-year-old Pole Magdalena Gorzkowska wants to be the first to do it.

If Gorzkowska, a medal-winning runner who also became the youngest Polish woman ever to climb Mount Everest, makes it to the summit, she will have made history and silenced those who see her attempt as a social media stunt with no chance of success.

“Everyone can have their opinion, and some believe that it takes many years to be able to face such challenges. I just do what I feel I can do,” Gorzkowska told Reuters by telephone from her base camp. “Why should I limit myself?“

Gorzkowska is one of several mountaineers attempting this winter to scale K2, which at 8,611 meters (28,251 feet) is second only to Mount Everest.

Gorzkowska, who is being accompanied by sherpas, said she had returned to her base camp, at an altitude of 5,000 meters, after an acclimatization trip that saw her spend a night at a camp at 6,550 meters.

“The conditions were very difficult. The mountain gives you a hard time, it is very demanding. You have to climb hard all the time, the wind is very strong. It is at least minus 30 degrees non-stop,” she said.

K2, in the Karakorum mountains along the border between China and Pakistan, is notorious for its high winds, especially steep and icy slopes, and a high fatality rate among climbers. Eighty-six climbers are reported to have died on its slopes.

Two years ago, a Polish team abandoned their attempt to reach the summit in winter due to heavy snow.

The scale of the challenge has made some in the male-dominated world of Polish mountaineering regard her bid with skepticism.

“Just wait for the desire to attack K2 in winter to be announced by top Polish Youtubers, Instagrammers or other influencers,” Polish mountaineer Marcin Miotk said, on hearing the news of her attempt.

Gorzkowska is unfazed by such comments.

“I dreamt of K2 in winter and that’s why I’m here. Maybe they [her critics] don’t have dreams like that, maybe they aren’t so determined,” she said.