‘Cultural relations between Pakistan, China need of the hour’ 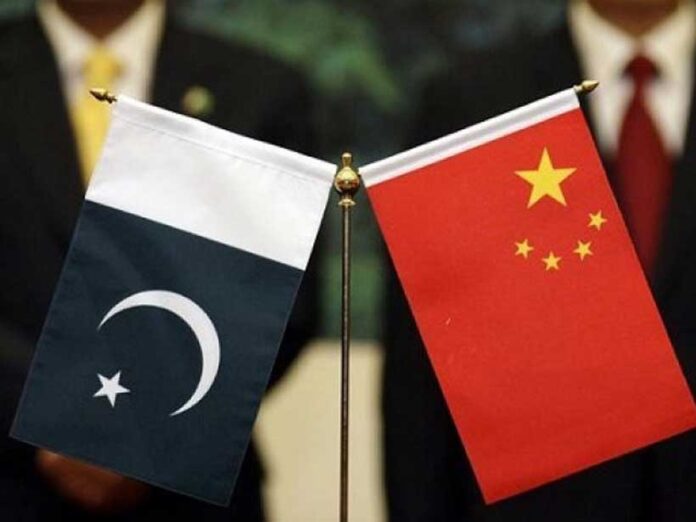 LAHORE: Cultural relations between Pakistan and China are need of the hour to broaden the basis of the two countries’ friendship and enhance people-to-people relationship, said an expert during a lecture organised by the Shanghai University, China, under the South Asian Lecture Series to mark the 70th year of Sino-Pak diplomatic relations.
University of the Punjab Assistant Professor Dr Amjad Abbas Khan Magsi delivered the lecture on “Seven Decades of Sino-Pak Relations; A Flourishing Friendship”. He presented the historical background of the solid foundations of the mutual friendship, spanning over seven decades.
The assistant professor underscored the need to broaden the basis of the friendship and enhance the people-to-people relationship. He suggested the countries to focus more on cultural relationships, especially art and literature. “Both the friends with very rich traditions in art and literature have vast potential to widen the foundations of their lasting friendship. Pakistan offers huge potential in tourism, particularly in religious tourism, which can be of higher value for the visiting Chinese tourists,” he said.
Talking about diplomatic relations, Magsi said, “The relationship has been established on the basis of mutual trust, cooperation and harmony. The relationship is unique, as without having common language, culture and political system, the countries succeeded to establish the ever-flourishing relationship, which started from diplomatic relationship to ‘Iron Brothers’. It is the finest example of strategic relations.”
“In international relations, there are no permanent friends and no permanent foes, rather it is the national interest which is the basis of relationship between the nations. On the contrary, the Sino-Pak relationship has been proved time tested and “all-weather friendship”. It has been continuously growing despite change of governments on both sides. Both have succeeded to cultivate deep-rooted relationship between state to state. The relationship is multi-dimensional, ranging from diplomatic to defence and to vibrant economic ties. The China Pakistan Economic Corridor (CPEC), being the flagship project of Belt and Road Initiative (BRI), speaks volumes of the strength of the mutual friendship,” he added.
“China has established its worldwide recognition in “poverty alleviation” by bringing millions of its people out of the vicious cycle of poverty. By enhancing mutual cooperation in the fields of agriculture, the overall economic growth can be achieved alongside breaking the shackles of poverty, as more than 20 per cent of Pakistan’s GDP is contributed from agriculture and majority of Pakistan’s population is linked with agriculture directly or indirectly.”
“Under the second phase of CPEC, the establishment of special economic zones (SEZ) with relocation of industries from China will create jobs and enhance economic activities in Pakistan. Leadership of both the countries is determined to reach new heights of mutual friendship for the benefits of their people as well as for the region on the basis of shared benefits,” he concluded.
At the end, the lecture was followed by a lively question and answer session.