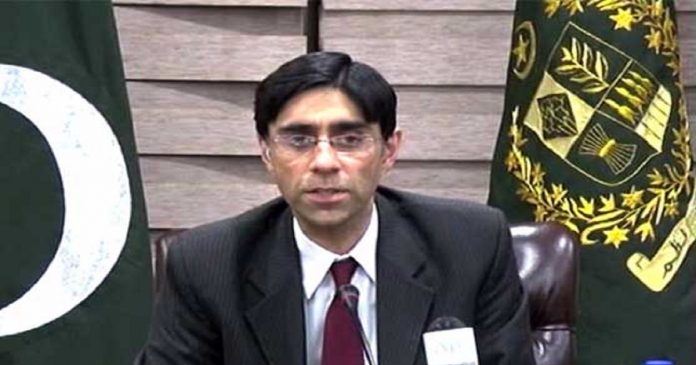 Special Assistant to the Prime Minister on National Security Dr Moeed Yousuf has said that Pakistan has the potential to become the hub of regional trade due to its geo-economic location.

Chairing the 8th advisory board meeting of the National Security Committee (NSC) on Wednesday, he said, “We should exploit our economic position by making partnership with the world.”

He said that Pakistan’s vision of connectivity and economic security will bring dividends to the region and the partners.

Moeed said that under the economic security model, instead of the conventional geo-strategic lens, Pakistan aims to leverage its geo-economic position by partnering with the world. “We are looking for economic partnerships and provide avenues for investment,” said Yusuf.

Talking on the regional connectivity, the SAPM said that Pakistan because of its geo-economic location has the potential to serve as a regional pivot and become a hub of trade and economic activities.

“Pakistan’s vision of connectivity and economic security will bring dividends to the region and the partners,” he said.

He directed the participants to come up with implementable proposals which will set the country on the path to achieve economic security.