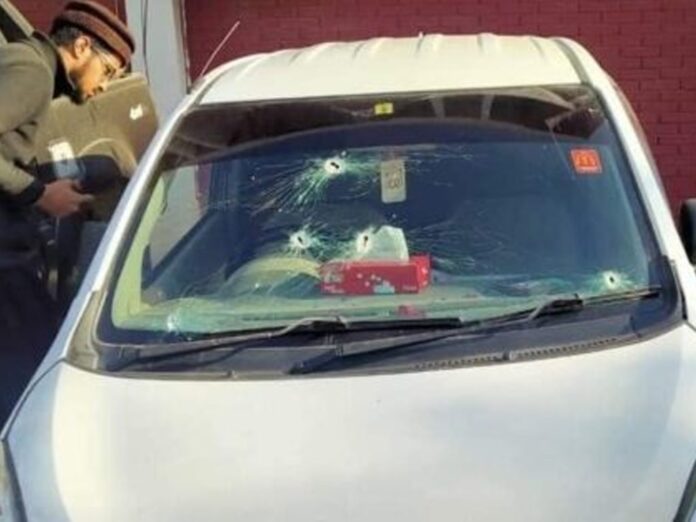 ISLAMABAD: The five policemen arrested over their involvement in the murder of 22-year-old student Usama Satti in an alleged staged shootout were fired from service on Friday.

They have been dismissed from service for “failing to handle the situation in a professional manner and directly firing on the vehicle”, thereby “bringing a bad name to the department.”

“Keeping in view of the whole episode and his unprofessional approach towards official duties which has resulted [in] such unpleasant incident, the undersigned reached to the conclusion that his attitude towards official tasks is unbecoming and his further retention in the disciplined force like Islamabad Police is not justified,” read a dismissal letter issued to one of the personnel.

“Therefore, finding him guilty of gross misconduct, he is awarded a major punishment of “Dismissal from service” as provided under Punjab Police (E & D) Rules, 1975 duly adopted by ICT Police.”

An anti-terrorism court (ATC) on Wednesday had extended the physical remand of the five accused cops for seven days.

On the occasion, ATC Judge Raja Jawad Abbas had accused the investigation officer (IO) of colluding with the suspects when the investigating officer failed to present photographs of the victim’s vehicle from the front.

The IO had attempted to the court that five bullets hit Usama from the back and one from the front. However, he was unable to produce a photograph of Usama having been hit from the front.

On January 2, at around 2 am, Usama had gone to drop his friend in Sector H-11. When he was returning, the police officials intercepted his vehicle in Sector G-10 and fired at him from all sides.

However, all the personnel refuted charges of engaging in a fight with the victim at any time before the incident.