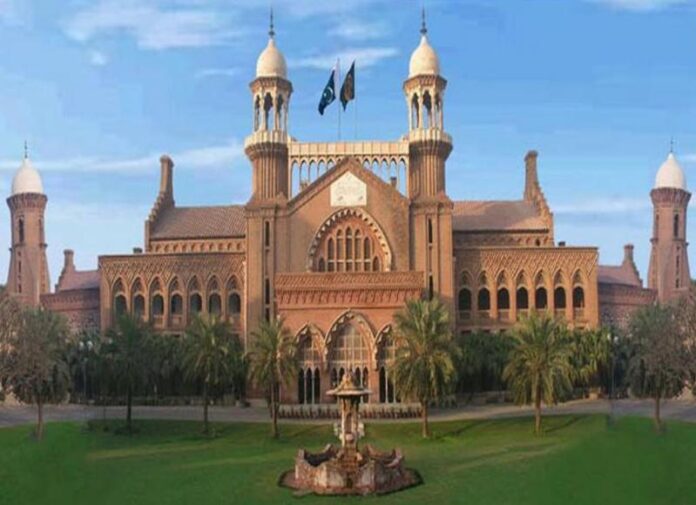 –Dismisses petition against establishment of a restaurant in kitchens’ premises

LAHORE: The Lahore High Court (LHC) has held that there is no provision of law which prohibits the Walled City of Lahore Authority (WCLA) to establish a restaurant in the Royal Kitchens of Lahore Fort, Pakistan Today learnt on Thursday.

Earlier, after the conservation of the Royal Kitchens, the WCLA had planned to set up a dining restaurant in the Royal Kitchens, but the plan could not be materialised because of a writ petition filed against the authority in 2017. In the petition, the petitioner had pleaded that it is illegal to establish a restaurant in the fort, as it is a world heritage site. The petitioner had also pleaded that the WCLA has no authority to invite bids or award contracts for the restaurant, erect new construction, alter or demolish the structure of the fort premises, and lease out the fort or its premises.

However, the court dismissed the petition and decided that no interference by the court is warranted. “When all the requirements prescribed under the law have been fulfilled, nothing illegal or devastating….. is going to be done and the impugned order has been passed while considering each and every aspect of the subject, no interference at this stage by this court is warranted. Resultantly, the appeal in hand having no force and substance stands dismissed in limine,” the court wrote in the order.

The officials of WCLA informed Pakistan Today that throughout the proceedings of the court, they had been providing different details in support of WCLA’s view of establishing a dining restaurant in the Royal Kitchens. The court was provided with the complete details of the Antiquities Act, 1975 by the WCLA. Three sections of the Act were quoted in the reply to the petition, section 18 regarding restriction on use of protected immovable antiquity, section 20 regarding restrictions on repair and renovation of protected immovable antiquity and section 22 regarding execution of development schemes and new constructions in proximity to immovable antiquity.

The officials informed that the adaptive reuse of the Royal Kitchens had been endorsed in the report of the Reactive Monitoring Mission of the UNESCO World Heritage Committee, who had made a physical visit of the site.

“To make the proposed interventions sustainable and give the previously neglected heritage “a function in the life of the community” in line with the World Heritage Convention, the rehabilitated historic structure is intended to be reused to provide night-time dining facilities, while the arched verandas are to become an art and history gallery as part of the general policy to extend the visitors’ experience of the fort,” the report had said.

“The restaurant would be open to paying customers after closing hours of the fort, and in addition to fine dining, it would also provide a night-time guided visit of the fort. The archaic ambience of the restored structure will also be supplemented by roof-top seating and illumination of the selected areas of the fort, which would add to the experience of the patrons visiting the restaurant. On selected days and special occasions, the area will also host planned cultural events and shows contributing to a wholesome cultural experience in a world-class historic setting.”

The WCLA officials further said, “The WCLA’s Heritage Conservation Board was also involved in the process of setting up a restaurant in the Royal Kitchens and had examined the case as per directions of the court. It was also discussed in the meeting of the board that no event, eatery or activity, which can damage the site, would be allowed in the Royal Kitchens.”

WCLA Director General Kamran Lashari said, “The Royal Kitchens were established by the Mughals. These were built with ordinary bricks and without any decorations or embellishments, as seen in other high-value components of the fort. These are situated in a corner of Lahore Fort, covering a space of 8800 square feet with a row of arched verandas and a large open space. Earlier, these places were used as horse stables before the British converted these into ammunition depots. In post-Independence times, these became investigation cells for police and incarceration cells for political prisoners.”

“The Royal Kitchens had turned into ruins with wild plant growth, snakes and scorpions. A large portion of the buildings had fallen apart while one third of the buildings was covered over by collapsed debris. It was the WCLA, who took upon itself to carry out the rehabilitation of these buildings with expenses of Rs70 million in 2016-17,” he added.

For more than 40 years, the kitchens were erased from the memory of the people of Pakistan. Nobody was concerned about the existence of the kitchens. Once these were conserved, all put their eyes on these and raised criticism. The WCLA had advertised these places as a fine dining facility but due to a legal controversy, the matter remained pending. We had explained in the court that the historic usage of the kitchens was food preparation. The fine dining would not be inconsistent, but very much in consonance with the historic context. Without adaptive reuse, these places will turn again into ruins due to lack of visitors’ activities, upkeep and maintenance. However, we are very hopeful now for these places after the decision of the court,” Lashari concluded.

Shahab Omer
The writer is a member of the staff and can be reached on shahab.omer@gmail.com