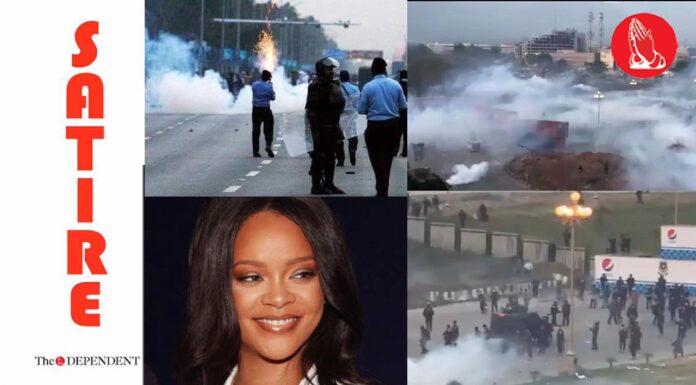 “We assure you neither will we let the protests by these spoilt clerks and peons hurt our city, nor will we let any pop star, including but not limited to, Rihanna, hurt our international image,” he said.

He did not rule out a pre-emptive strike against her on Twitter but did not commit to one either. “I think it would be premature to give a definitive answer but let’s just say all options are on the table.”

On the issue of the protest itself, he said that the government will try to resolve it once the Rihanna threat simmers down.