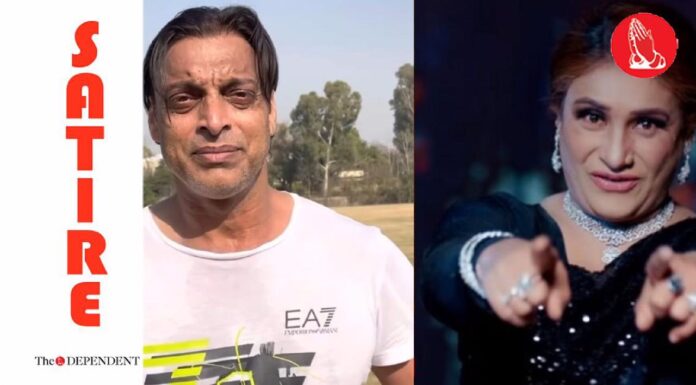 ISLAMABAD: Former Pakistan fast bowler Shoaib Akhtar sidestepped the inconvenience caused by Pakistan’s 2-0 clean sweep of South Africa in the recently concluded Test series, by utilising the critique he had preplanned for the national side in anticipation of the team’s loss on the recently released anthem of the sixth edition of the Pakistan Super League (PSL).

Talking exclusively with The Dependent, Akhtar revealed that he was all set to unleash his trademark castigation on the Pakistan team, before they started winning, prompting the fast bowler to improvise and look for utility elsewhere.

“You’d assume from what I say, and how I say, that I don’t think before saying things—trust me, nothing could be further from the truth. I plan and rehearse my lines and punches days, if not weeks, in advance,” revealed Akhtar whose latest onslaught against the PSL anthem came on PTV Sports, Twitter, his YouTube channel and in every private conversation, he has had over the past week.

“Yes, I was a bit inconvenienced when Pakistan starting beating South Africa, because I always expect them to lose—not because I always predict that, but because I always need that. I mean who’s going to watch me praising the team? Just compare the hits I get for different results,” the Rawalpindi Express further elaborated.

Akhtar further told The Dependent that his primary interest is in taking the Pakistan Cricket Board (PCB) to the cleaners, and this was reflected in his condemnation of the PSL anthem.

“If you listen to what I said about the song, it was clearly about the PCB. The jibes targeting the board would’ve been similarly applicable in the case of Pakistan’s defeat. I just readjusted it for whatever was trending,” he said.

“Consider it a sneak preview into what I have in store for the PSL, which is where I’ll do most of my upcoming PCB bashing,” he added.

“Unless of course, Pakistan does us all a favour by losing to South Africa in the T20s.”