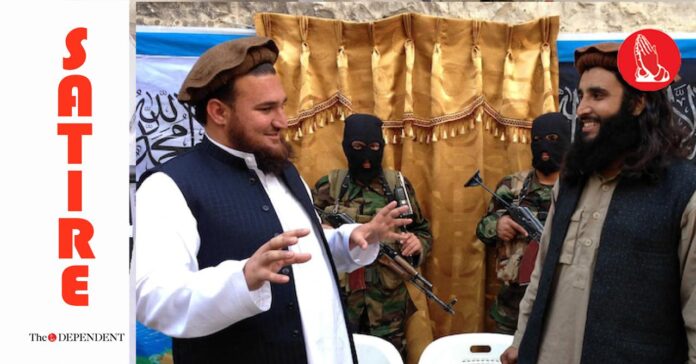 Ehsan’s escape was a “very serious” matter that had been investigated thoroughly and those found responsible in the episode had already been proceeded against with the same seriousness, and the same intensity, with which the former TTP spokesman had been proceeded against, the nation was further informed with soldierly precision.

Efforts are underway to arrest Ehsanullah Ehsan again, and similar efforts are underway for his abettors as well, which will culminate once their individual and cumulative whereabouts are discovered, the nation has further learnt through the warhorse’s mouth.

Following the revelation the thankful nation expressed further gratitude in the number one manner in which the details had been shared regarding Ehsan, whose escape in January 2020 from a safe house had been shrouded in mystery and controversy.

The nation which had taken refuge in being told that the news of Ehsan’s escape was “true” and that the state was “aware” about this truth, confessed that it was truly, madly, deeply, overwhelmed by the voluminous information being shared and the reassurance that all those involved in the episode were treated identically and are on the same.

“Thank you, riyasat sharif,” the nation collectively said while talking to The Dependent at press time.