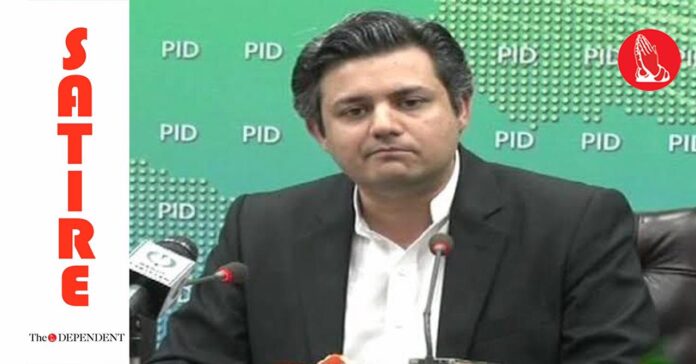 It seems the hits just keep on coming for former Federal Minster for Economic Affairs, Industries and production and Finance Hammad Azhar who recently got his fourth portfolio (Energy) in just 3 years, as he was asked to put back the last samosa at the federal cabinet’s annual aftari.

Witness accounts outline the events leading up to the incident, stating that Hammad had not acted untowardly by cutting the line or standing at the buffet plate in hand 30 seconds before Maghrib prayers, and had rather waited patiently for the rest of his colleagues and their secretaries to go through the buffet before getting up to make his plate.

As soon as the shortest serving Federal Minster for Industries and Production (10 days) and finance minister (20 days) in the country’s history picked up the last samosa left, he was promptly stopped by Minister for Food Security Fakhar Imam and asked to place the lone samosa back on the buffet table.

“It’s fine. I am fine. In fact, I am great. Because I know in my heart of hearts that the samosa in question landed on the plate of my kaptaan, Prime Minister Imran Khan”, replied Hammad Azhar when asked about the incident.

At the end of the aftari this scribe was pulled away by the new (again) Information Minister Fawad Chaudhry who was barely able to speak through his uncontrolled glee and laughter, revealing eventually that he had asked Mr Imam to get the samosa from Mr Azhar.

“You get it? FOOD SECURITY. We just love messing with that guy. He’s a good sport”, Fawad added.