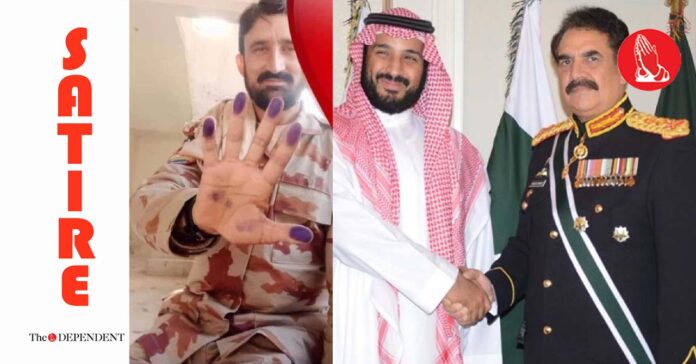 Civil society and political parties in not just Pakistan but also the 40 other member states of the multinational military alliance of Muslim countries led by  General (retired) Raheel Sharif have urged the former army chief to conduct the upcoming elections in Israel.

“We urge the general to use the contingent of the Pakistani military to impartially conduct the upcoming polls and play no favourites, what to speak of setting up a political party,” said PML(N) leader Hamza Shahbaz Sharif.

“They should not only make sure there is no hanky-panky in the run up to the elections, but should also conduct the polls themselves and compile the results,” said PPP chairman Bilawal Bhutto Zardari.

“We believe that all the armies bring something to the table and each of the member states should play to their strengths,” said Hameedullah Khan Kakar of the Free and Fair Election Network (FAFEN). “The alliance is fortunate that it is led by a Pakistani military officer.”