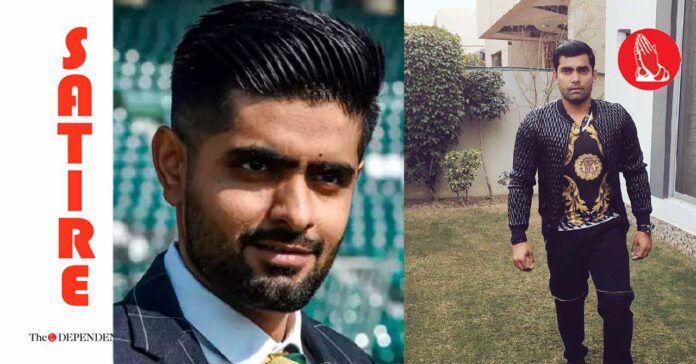 LAHORE – Realising in time that there were Hudood laws, the draconian Article 377, a phobia against an entire group of human population, and at least two different kinds of capital punishments preventing the eventuality, the nation’s cricket connoisseurs breathed a sigh of relief Thursday knowing that the cousin Babar Azam will tie the know with cannot be Umar Akmal.

According to sources, the nation’s cricket buffs feared the worst when the news of Babar Azam and an unnamed cousin was floated by the media. The cricket comprehending conscience immediately thought of an Akmal, with Umar being by far their most perilous kind, sources added.

“This is not about any phobias, the side effects of cousin marriages, or the national cricket team captain’s personal life at all. We just heard ‘Babar Azam’ and ‘cousin’ in the same sentence and totally freaked out,” said the nation’s cricketing conscience while talking to The Dependent.

“Yes, we generally have draconian and barbaric views about everything from personal lives to how the society as a whole should be run, but this is beyond all that: this is just about making sure Babar Azam isn’t anywhere near Umar Akmal, under any and every capacity,” the cricket conscience added.

The cricket connoisseurs further urged its top cricketer to ensure that under unavoidable circumstances where he should meet his cousin, the meeting should neither be too long to have any lasting impact nor be conducted within a 2-metre radius of a bunch of grapes.

“And it should definitely not be as part of a gathering that can even be remotely identified as the national cricket team squad.”