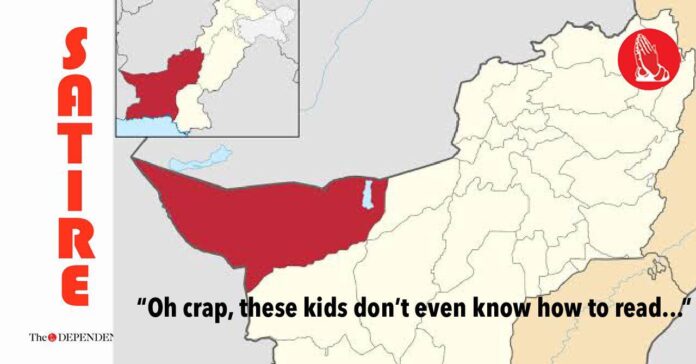 The Government of Pakistan conducted tests in the Chaghi district of Balochistan whose unfortunate conclusion is that the majority of the children in the area do not know how to read or write.

“Yes, these tests were part of a large set of efforts to ascertain the quality of life in the districts and, boy, are things bad,” said Dr Abdul “Not That One” Qadeer of the Federal Directorate of Education. “These kids barely know how to read, specially the girls, poor things.”

“The few who do haven’t been taught basic arithmetic,” he said. “They can add and subtract a bit, but not more than that.”

“The few who do, got it from primary. Around 50% for the boys and 20% for the girls. These numbers fall for middle school and really trail down for secondary school,” he added.

News of the tests was not received well across the border, as the Indians had only recently conducted a test of their own in Pokhran, Rajasthan. “Around 40% our females are uneducated there. We have a lot of catching up to do if we want to match Pakistan.”