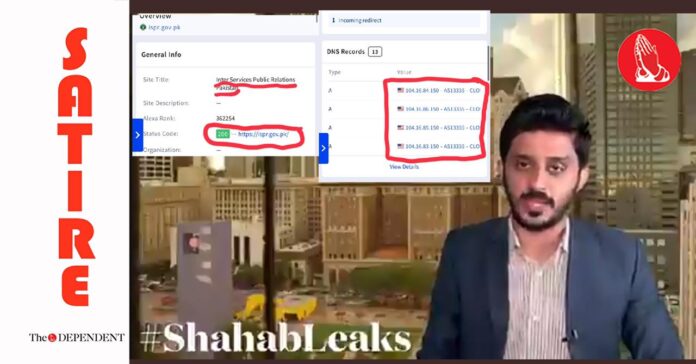 Patriotic quarters of social networking site Twitter were trending #Article6AgainstShahab trend after noted anti-military journalist Makhdoom Shahbuddin made a grand expose that the DNS servers of the website of the Inter Services Public Relations (ISPR) were based in the United States.

This revelation comes on the heels of his expose of a site where journalist Asma Shirazi once wrote, had DNS servers based in India.

“Is this chit of a boy suggesting that our armed forces are some sort of CIA agents,” asked one twitterati @BRBBrigade. “We can NOT let him get away with this!”

“Let us try him for high treason,” he said.

“I find this call for trying him for treason offensive,” exclaimed another twitter used @ZarrarCompanyFan. “That demand of court proceedings implies that it is not an open-and-shut case, which it very much is. I find people like those are just confusing the fight against traitors. In fact, they should also be hounded out!”