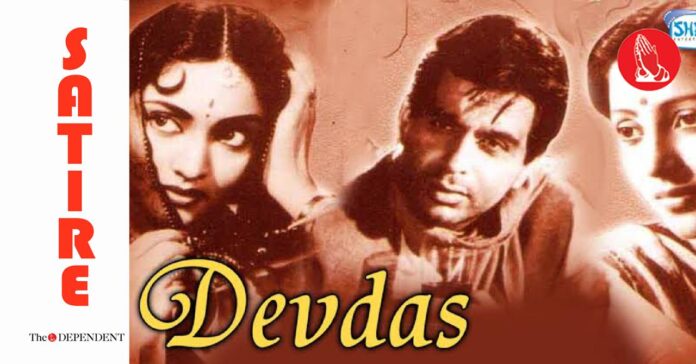 The patron saint of the Indian sub-continent’s college-age boys who have gone through a breakup during the initial days of college, has passed away peacefully at the age of 98.

Though the acting legend was loved by millions around the world, he has a special place in the aesthetics of post-breakup expression amongst the college-age males of Pakistan, India and Bangladesh.

“What? He has died,” asked Umair Bhatti, of Government College, Lahore. “Ahhh…we were kindred spirits, Dev and I. Need to….need to make this pain go away.”

Bhatti then proceeded to purchase a “student edition” bottle of Petrovska from two bootleggers on a motorbike at a pre-decided rendezvous point of Chauburji.

“Tthhhis nnnight…this night izzz going to be pp-particularly cc-cruel,” said Bhatti, his speech already slurring despite one of the bootleggers making it clear to The Dependent’s correspondent that it was just some flavoured water.

Bhatti’s views were echoed by fellow Bhatti and breakup sufferer Sukhveer Bhatti, student at IIT, Delhi. “Dilip Ji has left us, not the way she had left me, but a leaving of a different way. Both will not come back, specially her..,” he said, on his second glass of Old Monk Rum and, in his last intelligible sentence of the night.

(This just in: a special security detail comprising of post-breakup college boys has been added to beef up the security of surviving Devdases Shahrukh Khan and Abhey Deol.)