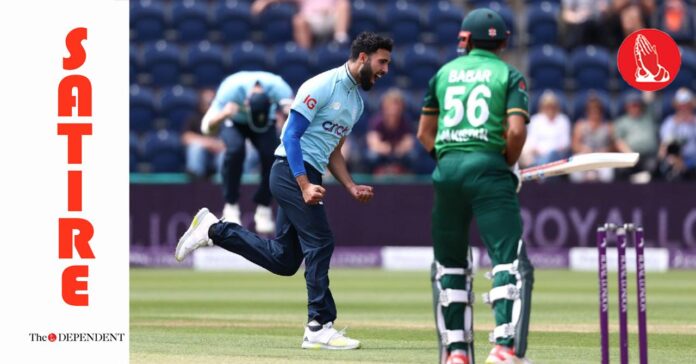 IN AND AROUND HOME – In addition to the Euro 2020 trophy that is largely anticipated to come home on Sunday, the ongoing ODI series will also be coming home two days later, the Pakistan cricket team informed England with complementary congratulations.

“Although it is perhaps a bit early to conclusively say so, but there is more than a chance that the following T20I series might also be coming home #ItsComingHome,” said the Pakistan team further extending facilitations to their English counterparts.

The celebratory pleasantries and plaudits were extended by Pakistan in the middle of comprehensively losing the first ODI against England, which was played, fittingly, slightly westwards of home.

“We know that you’ve had your cricket version of #ItsComingHome in 2019 – albeit based on a dubious super over, just as Wednesday’s win over Denmark was based on a contentious penalty — however during these times, as gracious guests, the least we could do is allow whatever we can allow to come home,” maintained the Pakistan team.

Meanwhile, health experts also joined in and confessed that “it might come home as well,” referring to the possible spike in covid-19 cases owing to hosting sporting events in jam-packed stadia, just as coronavirus variants emerge menacingly around the world.