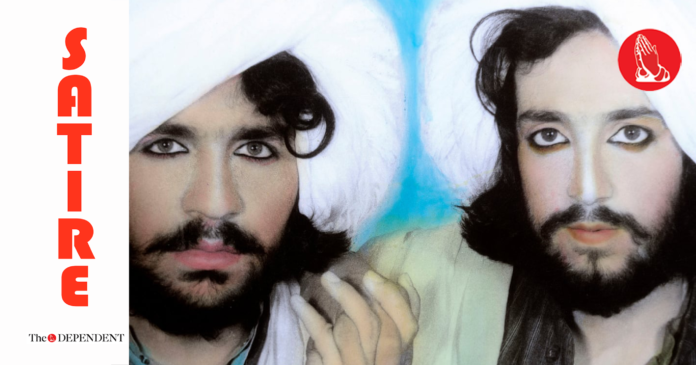 KANDAHAR – In a dramatic move which experts say will signal modernisation, the Taliban have announced a James Beard style award, not for restaurants but for barbers who can fashion the most Islamic-looking beards.

James Beard Foundation honors chefs across the United States with its Annual awards to “celebrate, support and elevate people behind the food in American kitchens”.

The Taliban shura has decided to emulate the prestigious award, changing its name to reflect Taliban’s ideology by calling it Jamil Beard award, vying to highlight how ‘beautiful’ different beards can be.

Western experts on Taliban, mostly on Twitter, have hailed this move as revolutionary and saying that it could herald an era of beauty pageants in Afghanistan down the road.

“After Good Taliban and Bad Taliban, we now have the Beautiful Taliban #JamilTaliban #JamilBeard,” noted Fred Bullard @USFornNFred629, a leading expert on jihad, as evidenced by 109,372 Twitter followers.

Sarah Bernard @WokerThanThou177, a South Asia specialist with 216,805 followers maintained that the Jamil Beard Award highlights diversity that the James Beard Award can only dream of.

“The Taliban do diversity best #JamilBeard,” they tweeted. “Not like this privileged lot that still hasn’t found the sweet spot between diversification and cultural appropriation.”