Final decision to be taken by leader with actual authority, nation reassured 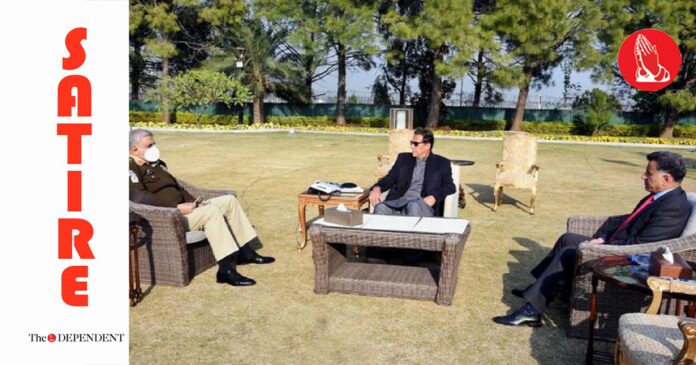 SELECTABAD: After a high-level meeting between two high-level individuals on Monday, the nation has been assured that the one who has the power to select the other will have the final word on the latest selection decision.

“So let’s cut short the rumour mills and needless gossip. Everything is happening according to the authorities vested on the authorities in the country,” the official said.

Responding to a question, the official successfully reassuring the nation on the authority not being challenged, also asked the nation to use their brains for once.

“If the selector won’t select, then who will? There is no need to create chaos and create disharmony,” they said.

The official reminded the nation not to pay heed to the negative propaganda that they have been hearing and rest assured that never in this country’s history has there been such harmony among institutions.

“The authority has not enjoyed such authority, without meddling from other institutions, in recent history.”