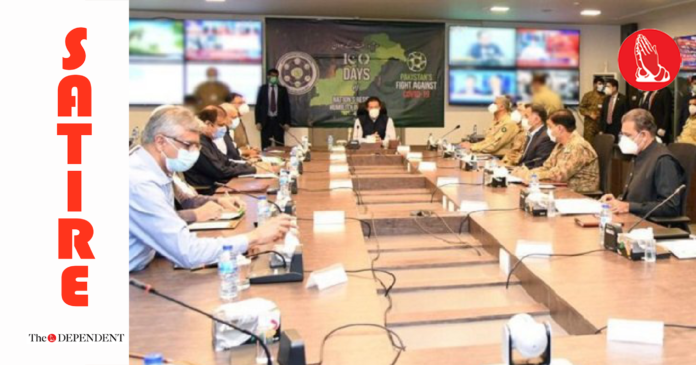 ISLAMABAD – Prime Minister Imran Khan on Monday was told to curb the ailment at the National Command and Operation Centre (NCOC) where he was apprised of measures needed to taken to contain the growing infection, sources have informed The Dependent.

During the visit, NCOC Director-General Maj General Asif Mahmood Goraya diagnosed the PM and informed the steps urgently needed to take in order to curtail the harm from spreading further.

“All steps to contain the virus were discussed in the high-level meeting, with the PM told exactly what he needs to do to ensure betterment with regards to health and prosperity,” revealed a source present in the meeting surrounding the disease.

The premier was further directed to maximise efforts for mandatory drives and enforcement of requisite injections needed to work towards an urgent cure.

“The PM appeared to have been uniformly informed, so that there are no contradictions or clashes,” the source further informed The Dependent.

Later, PM Khan was presented with a memento for outstanding services rendered as the national coordinator between institutions.