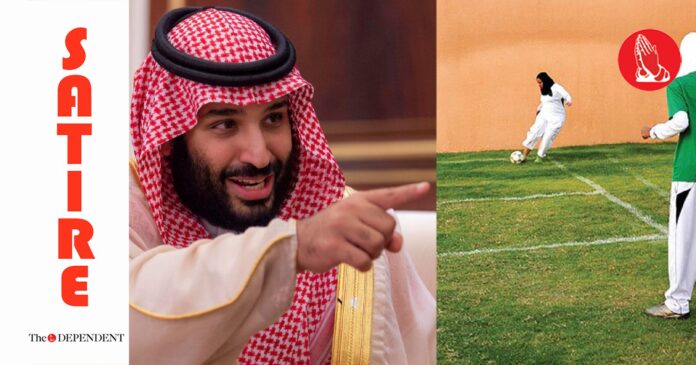 RIYADH: The Saudi Arabia Football Federation (SAFF) on Saturday said women in the country can now kick the football without needing the written approval of a mehram, or male guardian.

While revealing that it is launching the first edition of a women’s league later this month, the federation confirmed that the players would not need to take mehrams to the ground, and would be completely independent to make their decisions on the football pitch.

“We figured that mehrams would complicate the league, since all matches would then become 22 versus 22, with 11 players and 11 mehrams on each side,” the Saudi football federation chairman Yasser Almisehal told The Dependent in an exclusive interview.

“Therefore, the football federation, under the revolutionary guidance of His Royal Highness the Crown Prince Mohammed Bin Salman, decided to grant women the absolute freedom to do as they please with a football at their feet.”

Members of the federation informed The Dependent that as part of this unprecedented move in the kingdom, female footballers can pass, dribble, tackle, shoot, and head the ball out of complete free will.

“No, mehram would be standing next to the corner flag, or the penalty spot, telling women what to do,” said Adwa Al-Arifi, one of the two women appointed in the SAFF for the first time in the kingdom’s history.

“The only man they might have to listen to is the coach. But not doing so might get them substituted, not beheaded.”