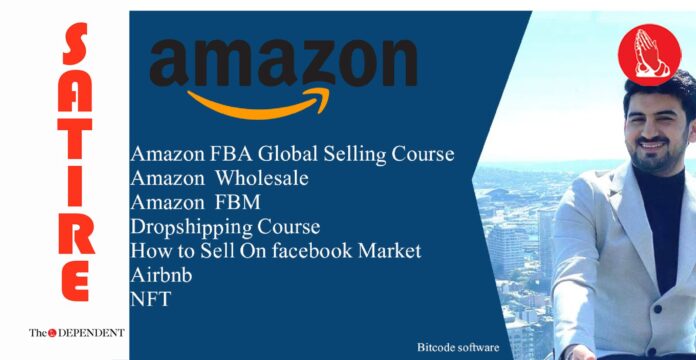 ISLAMABAD/KARACHI/LAHORE/PESHAWAR/QUETTA: The launch of Shahid Anwar’s political career is only a matter of time as the internet sensation continues to garner the support of the decisive vote bank in the country.

Shahid Anwar, famous for telling people straight in the face of their miserable lives, is becoming especially popular among the nation’s youth.

Analysts claim that his popularity is soaring among the middle-class youth, especially those, psychologists reveal, who betray more than their fair share of insecurities, and in many cases, daddy issues.

“Nobody else knows what to do with this country, especially the economy. We believe that Shahid Anwar should be made the next finance minister or better the prime minister,” said Kainaat Ahmed, a spokesperson of the Rawalpindi-based Shahid Anwar For Prime Minister (SA4PM), while talking to The Dependent.

As The Dependent’s surveys across the country have revealed, this is a popular sentiment among those in the 18-24 age demographic, especially those overlapping with a penchant for personality cults.

Many within this demographic argue that Shahid Anwar knows how money works, and hence can help Pakistan make money.

“Shahid Anwar makes big bucks and tells people to get out of poverty. He can apply the same formula to the country. After all he knows riches better than riches themselves,” exclaimed Subhan Basit, an IT student from Karachi.

“And what else do we need? He is handsome, gets good lighting in videos, and finally got the Islamic touch as well,” underlined Sana Batool, a business student.

In a recent video, Shahid Anwar gave an example from Islamic history on how one’s number of marriages should be in proportion to one’s resources.

“And that’s why he is a motivational speaker! He is encouraging all of us to earn more,” said an excited Ali Murad, an aspiring husband.

“Shahid Anwar can use his own Islamic touch to make Pakistan the true Riyasat-e-Madinah,” maintained Saqib Azhar, a teenager from Lahore.

According to Islamabad-based thinktank Pakistan Center for Youth Studies, it is highly likely that the eroding support for Imran Khan because of the foreign funding case will be switched towards the new handsome Shahid Anwar.

Hira Shahid, a Peshawar-based teenager, said Shahid Anwar will be the most Sadiq and Ameen prime minister because he is rich. “After all, why would a rich man do corruption? God has given him everything. If he had to make money, he could do commentary and tell people about Amazon,” she added.