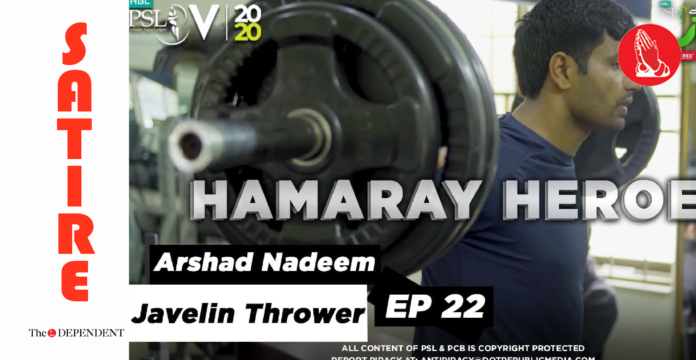 ISLAMABAD/BIRMINGHAM – The government of Pakistan has announced that athletics would henceforth be given the same attention as cricket after star javelin thrower Arshad Nadeem ended a 56-year medal drought in track and field for Pakistan at the Commonwealth Games on Sunday.

After Arshad won the javelin throw final at the Alexander Stadium with a monster 90.18-metre throw, the government announced that the champion’s sport would now be brought at par with the country’s most popular, and most lucrative, sport, cricket.

“An order has been issued to the Pakistan Sports Board that Arshad Nadeem’s javelin be featured in the PSL [Pakistan Super League] 2023 season in the ‘Hamaray Heroes’ segment,” reads the statement issued by the government.

“This would put athletics, track-and-field, and particularly javelin throw right up there, with the javelin being featured in the paid advertisement in the small pause during the play of the only sport the nation actually watches,” the statement added.

Sources within the Pakistan Sports Board revealed that originally the order had been issued to feature Arshad Nadeem himself in PSL Hamaray Heroes, but it was later found out that he had already been featured in 2020.

“That is when it was decided that the javelin should be featured as a hero, making it the first sports equipment, and nonliving being, to feature in PSL Hamaray Heroes,” said an official of the Pakistan Sports Board.

Sources have further confirmed that there is general appreciation within the board with regards to the government’s latest move to encourage other sports.

“Pakistan Sports Board Director General Col (R) M. Asif Zaman is especially excited since he will be featured on the ‘Hamaray Heroes’ holding Arshad Nadeem’s javelin,” said a member of the board.