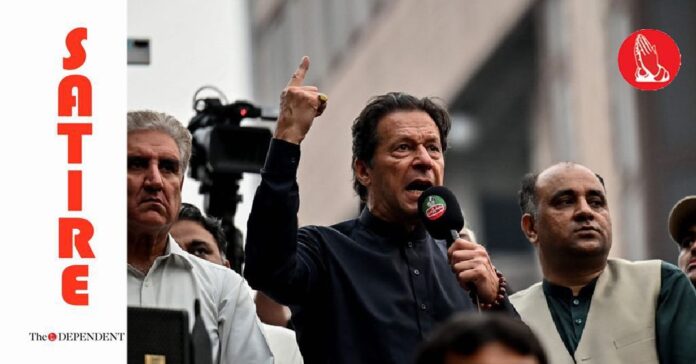 GUJRANWALA: Pakistan Tehreek-i-Insaf (PTI) Chairman Imran Khan on Tuesday compared his struggle for ‘real freedom’ with that of Awami League Chief Sheikh Mujibur Rehman and reminded that his persecution at the hands of the military is similar to what the Bengalis faced prior to 1971.

“Let us not forget that the army’s treatment of me is exactly the same as its treatment of Bengalis,” said the former premier, whose long march started on Friday, while addressing party supporters in Gujranwala.

“The army has ousted me precisely how it has removed so many other elected governments and prime ministers. This repeated pattern targeting me is exactly the same as the pattern of targeting ethnic minorities, such as the Bengalis who were ethnically cleansed and victims of genocide,” he added.

Further underlining the similarities between the military killing up to three million people of an ethnic community and removing prime ministers that they themselves had installed, Khan said that he is fighting to prevent further human losses.

“I will continue to fight till the wrongs of the past are righted and there is a guarantee that they will not repeat their butchery,” the PTI chief said.

“They don’t know the agony, the pain, the plight, the suffering of those who enter the prime minister’s house and then have to leave it prematurely,” he added.
Khan insisted that the military must apologise for the war crimes and the brazen victimisation of humanity.

“They should at least say sorry to me,” Khan said.

“Because I can assure you, no one is more willing to forgive them than me.”