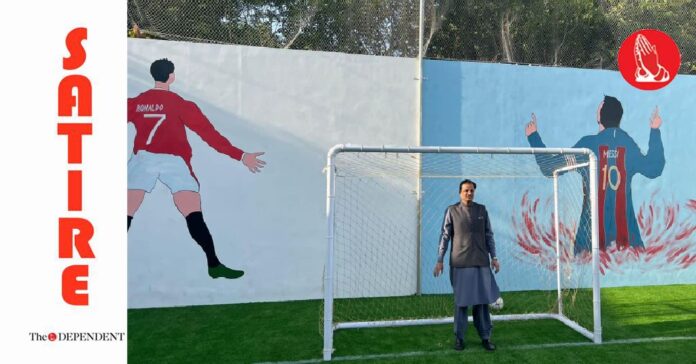 Talking to the media, Wahab said that everything was in place to ensure that local bodies are truly empowered.

“I am the Thibaut Courtois of the local bodies in Sindh. I will protect them and ensure that the Pakistan People’s Party (PPP) wins the La Liga of electoral politics in the province,” he told the media.

“And it is through empowering the grassroots that we also hope to win the Champions League in Rawalpindi – I mean Islamabad – and do the double,” he added.

Stressing his role as the protector of the amendments to the Sindh Local Government Act (SLGA), 2013, which would grant greater powers to civic bodies, Wahab said the PPP is replicating the success stories of Real Madrid in Karachi.

“PPP is renovating Karachi, like Real Madrid is renovating the Bernabeu. And I know my job both on and off the pitch,” said Wahab.

“I might not win the Ballon D’Or, given my position, but I will make sure I safeguard my party’s goal,” he added.

- Advertisement -
Facebook
Twitter
Linkedin
WhatsApp
Email
Previous articleIllegal detention of Baloch youth who drew Kohli mural put off till after Ind-South Africa match
Next articleArmy ousting me like other PMs is exactly same as ethnic cleansing, genocide of Bengalis: Imran