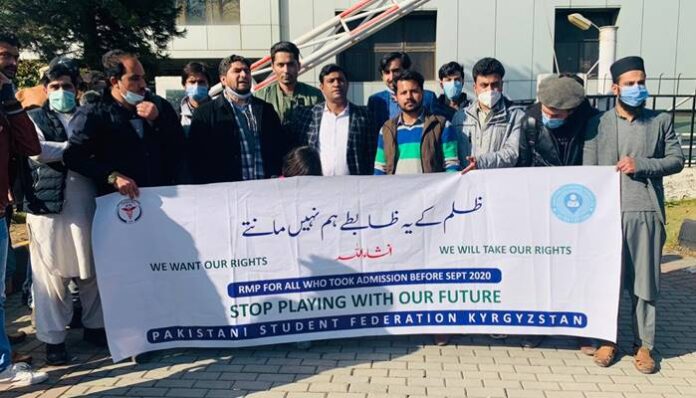 The police also arrested the chairman of Foreign Medical Graduates (FMG) group and some doctors who were among the protesters. They were later let go, according to the Islamabad deputy commissioner.

“The future of foreign qualified medical students is at stake because of the decisions being made by the PMC,” said one protester at the venue.

Earlier, the PMC announced that graduates returning Kyrgyzstan will only be allowed to practice in the country after giving a test.

The protesters said they could not understand why these universities were blacklisted despite being verified by the World Health Organisation (WHO).

The following varsities have been blacklisted by PMC:

Talks will be held between the PMC and the FMG, wherein the PMC has agreed to accept any and all “valid” demands.