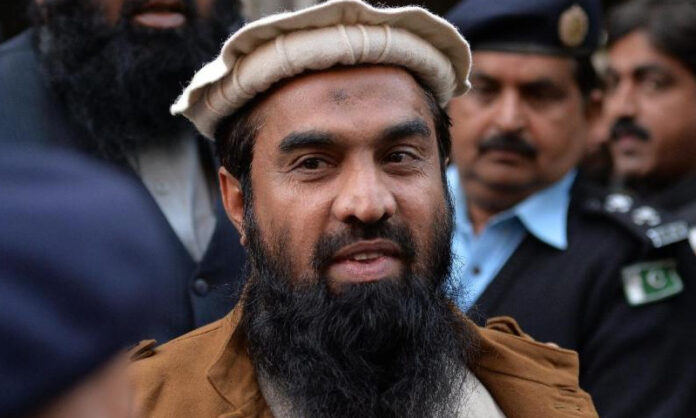 LAHORE: An anti-terrorism court (ATC) in Lahore on Friday sentenced UN proscribed terrorist Zakiur Rehman Lakhvi, a leader of the proscribed Lashkar-e-Taiba (LeT), to 15 years in prison and a fine of Rs300,000 in a terrorism financing case.

Lakhvi, 61, who was on bail since 2015 in the Mumbai attack case, was arrested by the Counter-Terrorism Department (CTD) of Punjab province on Saturday. The court was also told that Lakhvi, a resident of Renal Khurd Okara district of Punjab, was living in Islamabad before his arrest in this case.

ATC-III Judge Ejaz Ahmad Buttar pronounced the verdict and awarded the fine to Lakhvi for running a medical dispensary to collect and disburse funds for militant activities.

During the trial, Naseeruddin Khan Nayyar and Muhammad Imran Fazal Gul were cross-examined.

In its written order issued on Friday, the ATC found Lakhvi guilty under three sections of the Anti-Terrorism Act (ATA), 1997, for running a dispensary in Kot Lakhpat to raise funds for financing terrorism.

Lakhvi was sentenced to five-year prison terms under each section, to be served concurrently, with an additional fine of Rs100,000 on each count. The court also handed over possession of the said dispensary to the state.

“In default of payment of fine, he will have to undergo an imprisonment of six months each on three counts. He has been sent to prison to serve the sentences,” the official said.

Lakhvi will now be sent to Central Jail, Adiala, to serve out his sentence.

The court also directed law enforcement agencies to arrest the co-accused in the case, Abu Anas Mohsin, due to availability of sufficient evidence against him.

As the leader of the banned militant group, LeT, Lakhvi is blamed by the United States and India for the 2008 Mumbai attacks. He was first arrested in 2008 but was later released on bail.

India has long called on Pakistan to bring Lakhvi to trial, but Islamabad says Delhi has not provided concrete evidence to try the LeT leader.

A UN Security Council sanctions committee says Lakhvi is LeT’s chief of operations and accuses him of being involved in militant activity in a number of other regions and countries, including Chechnya, Bosnia, Iraq and Afghanistan.

The arrest was made in relation to terrorism financing, spokesman for CTD clarified, and not for a “specific militant attack”.

According to a UN Security Council sanctions committee, Lakhvi is the chief of operations and military commander of the LeT. Hafiz Saeed, who has been designated a terrorist by the US Justice Department and has a $10 million bounty on his head, is presently serving multiple jail terms in Pakistan after being convicted in several cases in recent months. The Pakistani government has seized Saeed’s extensive network of mosques, schools, seminaries and charities and other assets in the country.

Lakhvi was designated as a global terrorist by the UN in December 2008 for being associated with LeT and al-Qaeda and for “participating in the financing, planning, facilitating, preparing or perpetrating of acts by, in conjunction with, under the name of, on behalf or in support of” both the entities.

As is common practice with proscribed terrorists, the LeT leader had his assets frozen, and a travel ban that prevents the entry into or transit through nations’ territories was imposed on him, as well as an arms embargo.

However, last month, the UN Security Council’s 1267 Al Qaeda Sanctions Committee allowed for a monthly payment of Rs1,500,000 for Lakhvi to meet his personal expenses.