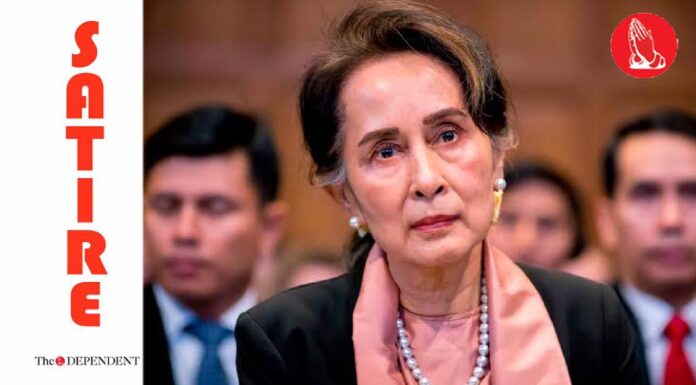 “It is appalling what the military junta has only just started doing, the day before yesterday, that is,” she said, while speaking to members of the international press.

“To the junta, I will say that even though it has only been two days since the first Rohingya has been killed, I already know this will turn out to be one of the worst instances of genocide in the twenty-first century,” she said.

“If the junta thinks it can still get someone with international stature to protect it on this front, it is mistaken,” she said. “But if it is absolutely adamant, then I would say that it would be difficult to get someone on such short notice and that it would cost a lot.”