Govt doing its best to ensure Srinagar Highway lives up to its name: Shibli 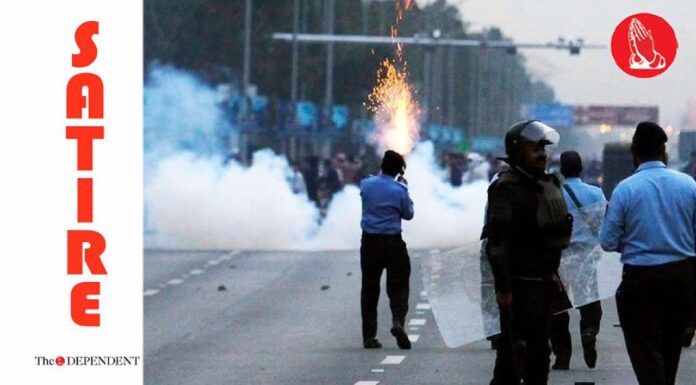 ISLAMABAD – Federal Information Minister Shibli Faraz on Wednesday confirmed that the recent action in the capital undertaken by the police and law enforcement agencies, most notably on the Srinagar Highway, was part of the government’s endeavours to ensure that the recently renamed highway lives up to its name.

While addressing a press conference, Faraz said that Prime Minister Imran Khan was “very concerned” about the issues being faced by government in spreading more awareness with regards to the plight of Kashmiris and hence needs more relevant actions in this regard.

“After Kashmir Day on February 5, we decided to spend the next few days spreading more awareness in the capital, including the Srinagar Highway. The prime minister told me that this is the most we have achieved for Kashmir since standing up for Kashmir on Fridays for thirty minutes – or was it three minutes?” the Information Minister said.

Faraz added that the PM hoped the tear gas shelling on the protesting government employees and the crackdown of the law enforcement against the citywide demonstrations will help further endorse Pakistan’s standing on the dispute at the international state.

“Thankfully the protesters started stone pelting themselves. That further helps in spreading awareness regarding the occupation and state brutalities, of course,” Faraz said.

“I, on the behalf of the prime minister, would like to thank the police, government officials and even the protesters for helping us all transform Islamabad into a war zone, so that Srinagar Highway can truly reflect the realities of this region,” he added.