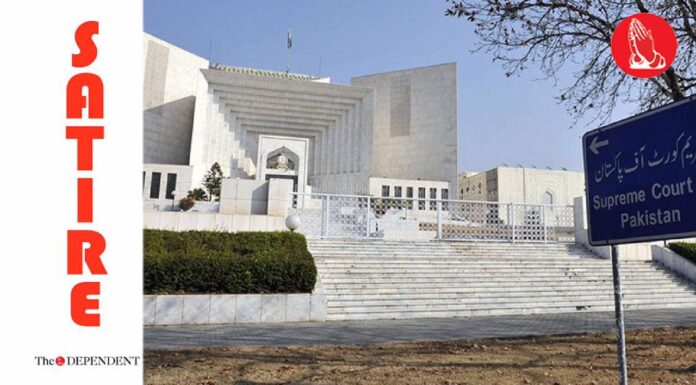 ISLAMABAD: The Supreme Court has held that the Taliban had no legal authority in the country, maintaining that the group’s jurisdiction is limited to the security and diplomacy of Pakistan.

In a judgment on Friday, the apex court said that Pakistan, which was a sovereign country, only is allowed to pursue the writ of the Taliban if the matters are related to terrorism, defence of the country, regional geopolitics, or global religionist diplomacy.

The judgement was issued by a two-judge SC bench consisting of Justice Qazi Faez Isa and Justice Maqbool Baqar further elaborating that only in rare instances should Taliban be given any judicial power.

“Outside the jirgas, there are virtually no domains where Taliban should be allowed to influence any legal proceeding. There are only limited possibilities in which this parallel justice system, which has existed for decades, should be permitted,” the Supreme Court statement read.

“Furthermore, if the state deems that there is a realm which has to be kept within the abyss of lawlessness, regardless of its mainstreaming into a de facto provincial territory of Pakistan, or otherwise, then in such a scenario the Supreme Court can entertain the possibility of parallel courts—since the maintenance of lawlessness comes under the state’s security policy,” the statement added.

The judgment further confirmed that the Constitution of Pakistan allowed the needed flexibility in this regard.

“The judicial supremacy lies with the creators of domestic lawlessness which is in institutional, and hence national, interest. Therefore, the Constitution has the provision to self-abrogate when such interests aren’t being fulfilled,” the statement maintained.

“Such provisions help ensure that the country remains sovereign, with constitutional supremacy, where groups such as Taliban have to power—except under the aforementioned circumstances.”