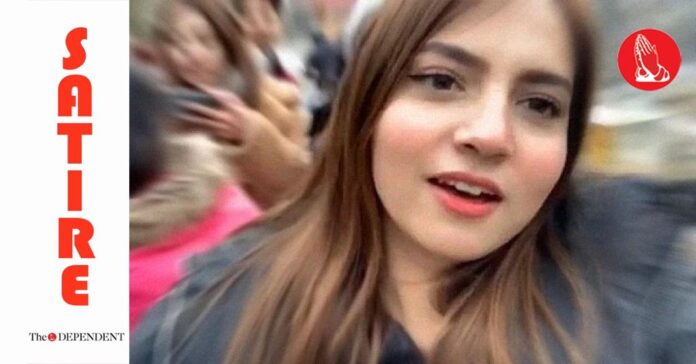 “I really have no idea where she’s going with this,” said Shafaq Cheema, (@cheemzoo) of the Pakistan Administrative Service, currently serving as an Assistant Commissioner in Murree. “I mean the route which we are taking leads to us being in her position. She wants to take this route to….be in her position? What gives?”

“The problem here is,” said Assistant Superintendent Police, Layyah, Haroon Khattak, (@HisCopship) “the youth’s lack of direction. Here she is, blessed with social media numbers that our colleagues and I would kill for. And she wants to become….an officer? There need to be more and more awareness programs to guide the youth. So that they don’t waste the opportunities that they are given.”

“Urgh, if I had her numbers and clout,” said Tasneem Faiq (@TasManiac), Foreign Service Assistant Director, ASEAN Desk, Foreign Office. “I would quit in a jiffy and focus on my true passion: being a motivational speaker. And a fashion blogger.”

- Advertisement -
Facebook
Twitter
Linkedin
WhatsApp
Email
Previous articleSri Lanka cancels Imran’s address to Sri Lankan parliament after listening to his speeches from Pakistani parliament
Next articlePM was surprised when I informed him he was surprised when informed of rigging details in Daska: Mehr Bukhari exclusive