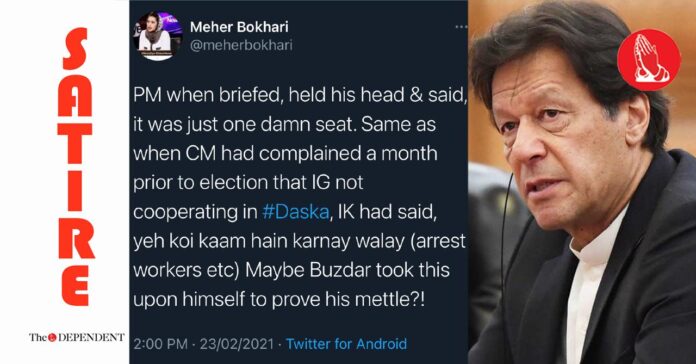 “He had been surprised when I told him he had said ‘yeh koi kaam hain karnay walay (arrest workers etc)’ and that he was genuinely upset,” she revealed in her exclusive.

“He was also surprised to find out that he was seemingly being held hostage by Usman Buzdar,” she said.

“I’m feeling really concerned about the PM. I wonder if he’s eaten anything today,” she said.

In an exclusive talk with The Dependent, the prime minister said he has actually been surprised at being informed he was surprised.

“I had been believing that I was not surprised at all, given how the Punjab government did exactly what I had instructed them to do,” he said. “What a remarkable journalist, what an exclusive scoop!”