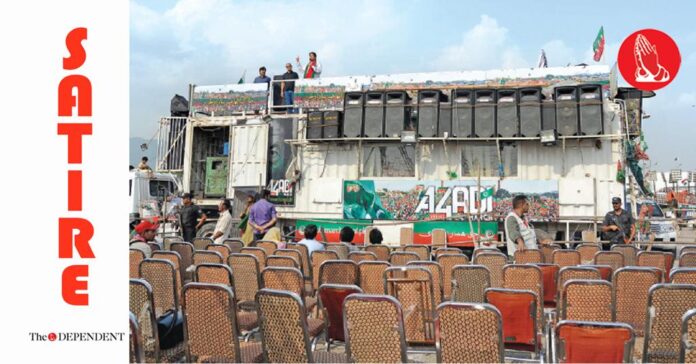 The ruling Pakistan Tehrik-e-Insaf has announced a dharna against the rigging in Wednesday’s senate elections.

“Yes, this is how democracy works,” said Faisal Javed Khan. “And no, we are not saying it will last 140 days. Could be shorter but could also be longer.”

Talks are already underway with the MQM, PML(Q) and DJ Butt regarding the upcoming dharna.

“Yes, we are in talks with all three of them and are sure we can get them onboard as long as they don’t insist on being paid,” he said.

Prime Minister Imran Khan has said that he hopes the federal government is not going to create any hurdles in their protests.